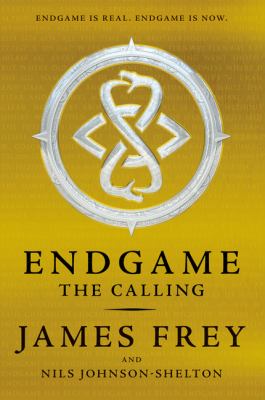 A long time ago, they came. Founding humanity and then leaving, they said they would come back. They would come back for Endgame, the game that would shape humanity’s future. Civilization was divided into 12 lines. In each line, players are highly trained from each generation; this has been going on for thousands of years. Finally, the time has come to play and a player from each line has been chosen to Play. The game is simple:twelve participants compete against each other to find three keys hidden on Earth. The player to find all three keys before the rest wins protection from “The Event.”

In the first book, The Calling, the reader is introduced to each of the players. These characters exist all over the world and some decide to form alliances. The first book is all about the Players competing to get Earth key. The second book, Sky Key, continues where the first book left off and finds the players searching for the titular Sky key. The third book, Rules of the Game, is going to be released in October.

The books have non-stop action that will keep the reader engaged to the end. If the first two books are page-turners, the third one should be as well. Another great aspect of the book is how the chapters are written from the perspective of each character. By doing this, the authors give the reader deeper insight into the characters. Despite being highly trained and ruthless killers, each Player has his or her insecurities. Some may feel the book is too highly detailed, but these details make the book better. A mix of genres is what makes the book a great read for everyone.

Endgame by James Frey is available for checkout from the Mission Viejo Library.