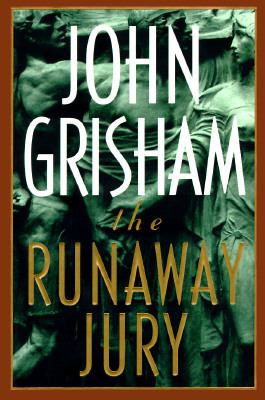 The Runaway Jury, by John Grisham, is a legal thriller. The book centers on a big tobacco trial, decided by a jury. The verdict the jury passes could have disastrous consequences on tobacco companies or potentially protect them from lawsuits in the future. There is one potential juror that both sides – the plaintiff and the defendant  – are concerned about, because they have no record of him whatsoever. He is, to them, an enigma. This juror, as it turns out, is extremely important in the jury’s decision although I realized it would be hard to see what was going on if I had put myself in one of the other juror’s shoes. As the main driving point of the book, this quote sufficiently encapsulates it: “Every jury has a leader, and that’s where you find your verdict.” With both the plaintiff and the defendant realizing the high stakes, both sides try to influence the jury, although this is illegal and can cause there to be a mistrial. In the end, most efforts do not affect the end decision, although there are some humorous events regarding the eventual effect of some of the attempts at trying to sway a juror.

I thought this book was well-written, and although I had not initially planned to read it, I’m glad I did. Grisham kept me guessing the whole time which way the jury was going to vote, and what the motives of the main juror, Nicholas Easter, were. I would recommend this book to anyone who likes reading thrillers, although there is less of a scary side to it than other thrillers I’ve read.

The Runaway Jury is available for checkout from the Mission Viejo Library.

1 thought on “The Runaway Jury by John Grisham”