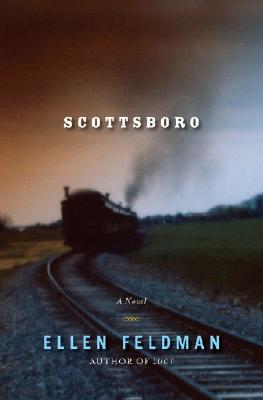 Scottsboro by Ellen Feldman is a historical fiction novel that tells the story of the Scottsboro boys, mainly through the eyes of a fictional reporter. The Scottsboro boys were accused of raping two white girls in 1931, towards the beginning of the Great Depression. There was hardly any evidence against them, and it was fairly obvious that the girls had accused the boys of rape because they were afraid of going to jail for illegally being on the train that they had been found on. Despite the lack of evidence, the state of Alabama was convinced of their guilt, and the boys were sentenced to the electric chair. Their deaths were put on hold because of more than one trial, as the Communist Party and the National Association for the Advancement of Colored Persons tried to help them get free.

The book, as mentioned earlier, is mainly told through the eyes of a reporter, so although it is about the trials, it also includes a lot of her personal life. It also includes the point of view of one of the two girls who accused the boys of raping her.

I thought the book was very well written, and I especially liked the fact that the author mainly centers on the reporter. This parallels the protagonist’s thoughts that often, people forgot about the boys and focused more on the witnesses or the trial. Yes, there were many who thought (especially outside the South) that their sentences were evidence of racism, but no one really remembered the victims – they were more symbols than people, in a way. I would highly recommend this book to anyone interested in historical or realistic fiction.