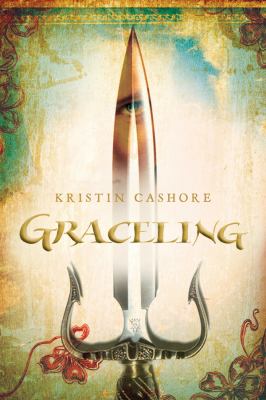 Graceling by Kristin Cashore is a fantasy novel about Katsa, who has been graced with the ability to kill. In her world, there are some who are graced with supernatural gifts and have different colored eyes. Those with useful gifts, such as Katsa, are brought to their King so he can use it. Unfortunately, Katsa is the niece of the King, and is used to intimidate would-be criminals. Engaging in secret espionage to help hinder his actions, Katsa is constantly working with the other members of the court.

On one of her missions, Katsa encounters Prince Po. Graced himself with an amazing ability to fight, Po goes to Katsa’s court. There, they fight together and maximize each other’s capabilities. Katsa has been trying to solve the case of a man she and other members of the court had rescued from another Kingdom. They did not know who had kidnapped him, but soon discover that this man is Po’s grandfather, who Po had been looking for. Working together, Po and Katsa discover the secrets behind both the kidnapping and their graces.

The plot was intricate, but developed into a great story by the end. Katsa is a strong lead, and the development of her character is seen through the course of the story. Initially, she was reticent, but developed into a strong, self-assured character by the end of the story. Po also developed throughout the story, and was a great second character. The plot was simple, and easy to follow. However, there were some instances where it felt stretched out and a little boring, but there were not too many scenes like that. I would recommend this too whomever is looking for a fantasy read with a strong female character.