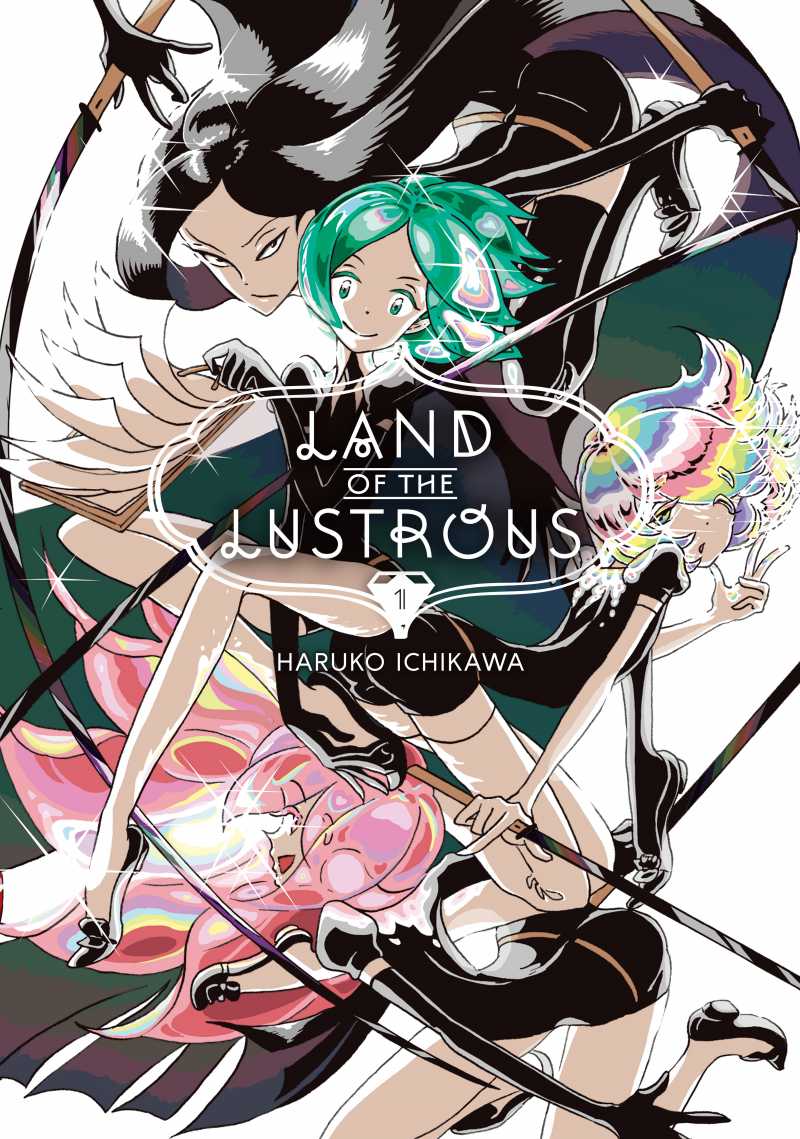 The world has been hit by six meteors. This has made most of the world uninhabitable except for a very small coast. However, this coast is also unstable too, and any creature that we consider living lives in the ocean.

Humans do not exist anymore.  The only creatures that live on the coast are animated gems. No really, imagine people made of amethyst or topaz running around and instead of eating food they photosynthesis, which is perfect for living on the coast.

This is the setting for Land of the Lustrous, where Phos (Phosphophyllite) and 27 other “gems” live an immortal life in peace and relaxation. Well peace and relaxation except for the fact that people from the moon come and attack them every three days or so, trying to take them back to the moon forever. Since they are basically defenseless when broken and alive when it happens, there could be a chance to rescue them, but it is slim. Hence, the gems, along with their strong leader “Teacher”, train and patrol every day in order to be ready to fight against the moon people.

Everybody except Phos at least. On the Mohs scale, Phos is the weakest at 3.5, and breaks easily no matter the method. However, she still tries to fight despite not even being able to hold the lightest sword. Throughout the story, she still tries her best to change.

The first thing to notice is that the art, compared to other manga, is very plain. The manga artist is obviously very new at drawing, and some of the pictures look like the reader could draw them. However, to make up for it, the character’s design looks perfectly like each of their respective gems, in which one can tell that Diamond has shiny hair.

For geology lovers out there, each of the gems correspond accurately to their real life counterpart. Besides from aesthetics and Mohs scale, for example, I learned about the gem Cinnabar, which has mercury in it, because the character Cinnabar has poison that looks like Mercury coming out of her.

As for story, there is all types of genre, with the exception of perhaps romance. It is very comical, especially at the beginning, whenever Phos messes up, and the world that they live in looks like another planet despite being Earth, also making it dystopia. Additionally, it is a coming of age story perfect for those who feel like they don’t belong, as Phos feels that she is useless, which leads to very dark choices such as losing her memories on purpose, which is perfect for goth fans out there who think that this is just a cute, silly story (hint: we find out later that it is not that cute).

I hope that you will give yet another good manga a try!

The Land of the Lustrous by Haruko Ichikawa is available for checkout from the Mission Viejo Library.