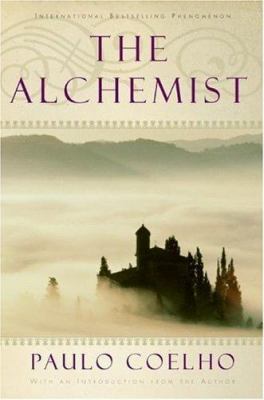 The book adds a new component in books that I’ve never read before, a philosophical element. When Santiago is on his journey he meets an Alchemist. An alchemist is a person who can turn lead into gold. In this book he possess the Philosophers Stone and the Elixir of Life. They give him the power to turn lead into gold and give him immortality.

They have many philosophical conversations about life attracts life and how most of the times people don’t believe the ridiculous things people say. Most of the things the Alchemist say is actually true. There are many sequences in the book that seem really weird but most of the time they are actually pretty cool. At first usually he has to channels the soul of the world and use it to do the amazing things he does

At the start of the book there is a main idea that you can be whatever you want to be. You don’t have to listen to your parents or anyone else. If they say one thing but you say the other then go what you say. Then as the book begins to fold out you start making progress to your treasure. There were many times that Santiago said that this journey is worth nothing but truthfully at the end it was worth every penny.

He has met many people such as the crystal merchant, Fatima his love of his life, and The Englishman who first tried to do alchemy. Later on in the book it is realized that the true treasure that lied at the end of the pyramids was the journey itself.

The Alchemist by Paulo Coelho is available for checkout from the Mission Viejo Library. The book is also available to download for free from Overdrive.

1 thought on “The Alchemist by Paulo Coelho”