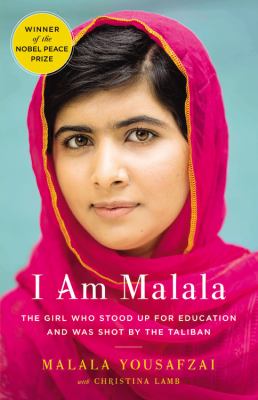 I Am Malala is a story about Malala Yousafzai. Malala was born in Mingora, Pakistan. Mingora is a place where not many women have that many rights. Malala always wonder why this is and why she isn’t able to go to school. That rule wasn’t in place, but Mingora was taken over by the Taliban, and they enforced that rule and many other harsh ones.

Because of the circumstances she is in, Malala starts writing blogs about what has happened under the pen name “Gul Makai”. Shortly after, the Taliban start getting forced out of town by the Pakistani army. The Pakistani army force the Taliban out of town, but they still stay in the rural areas on the borders of town.

Then, someone at The New York Times sees Malala’s blogs and features her in a documentary. The documentary is about protecting girl’s rights and education. The Taliban see the documentary, and Malala becomes a target. As she’s on her way to her father’s newly reopened school, two Talibans stop the bus, and one shoots Malala in the head. Malala miraculously survives, and is taken to the United Kingdom for treatment. The news spread extremely quickly, and people around the world are now praying for Malala’s recovery. After Malala gets discharged from the hospital, she joins the rest of her family in Birmingham. She continues to this day to campaign for women’s rights and mainly for their education.

I Am Malala by Malala Yousafzai is available for checkout from the Mission Viejo Library.

2 thoughts on “I Am Malala”