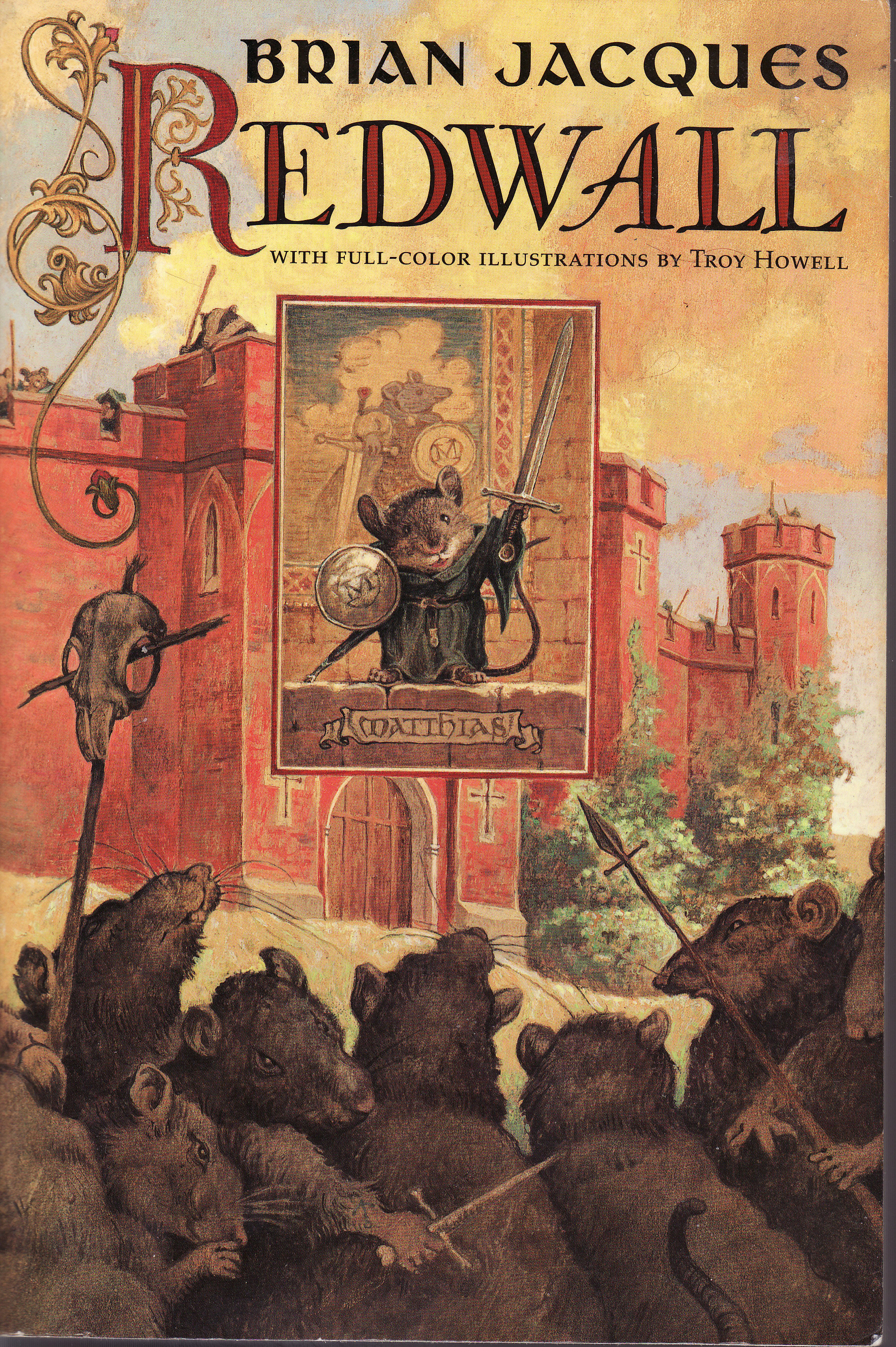 Redwall is a series of 22 fantasy novels written by the late Brian Jacques.  The stories take place around a castle named Redwall Abbey in a land called Mossflower during a medieval period.  The main characters are animals with human-like abilities.  Most of the characters are woodland creatures that can talk and walk on their hind legs.  The good characters include mice, squirrels, otters, moles, and badgers.  The villains include rats, weasels, stoats, foxes and ferrets.  The books contain many epic adventures and are very enjoyable to read.

I have noticed a predictable pattern throughout the series.  Each book usually begins by introducing the main characters, including the main villain.  Then conflict arises between the good and bad characters.  Usually, the good characters are defending Redwall Abbey against their enemies.  Sometimes the heroes embark on long journeys or perilous adventures to defeat the villains.  By the end of each book, the bad creatures are defeated.  Though the books may seem repetitive and predictable, they are filled with surprising plot twists and many colorful personalities.

The first novel written in the series is simply titled Redwall.  The hero of the story is a small mouse named Matthias.  In this book, Matthias defends Redwall Abbey against the evil rat, Cluny the Scourge.  Matthias overcomes many challenges to save the abbey.  At one point he defeats the dreaded snake, Asmodeus, and obtains a legendary sword with which he fights against Cluny and his army.  This book is filled with action and suspense.

Another enjoyable novel in the series is Mossflower.  This book describes events that took place before the events of Redwall.  We learn about the history of Redwall Abbey.  A traveling mouse named Martin comes across a large and spacious castle inhabited by evil vermin led by tyrannical wildcats.  Martin finds a group of woodlanders who wish to overtake the giant castle and remove the dictators.  After finally succeeding in their mission and destroying the castle, they decide to build an abbey in its place.  The abbey is named Redwall because it was built with red sandstone from a distant quarry.  Redwall Abbey becomes the home of many good woodland creatures throughout the series.

Perhaps my favorite book in the series is The Bellmaker.  This book involves a squirrel king named Gael who lives at Castle Floret.  The king is forced to flee from his home because of an evil foxwolf named Urgan Nagru.  As the story develops, heroic characters from Redwall come to the rescue to put an end to Urgan Nagru and his army once and for all.  This book may be my favorite in the series because of the gripping plot and fascinating character development.

The Redwall series is filled with adventure, action, and humor.  I enjoy reading each book because the stories are all woven together.  The characters come to life as we read about their exciting adventures from book to book.  These books may be written for young readers but I would highly recommend them to anyone.

Brian Jacques’ Redwall series is available for checkout from the Mission Viejo Library.

5 thoughts on “Redwall by Brian Jacques”