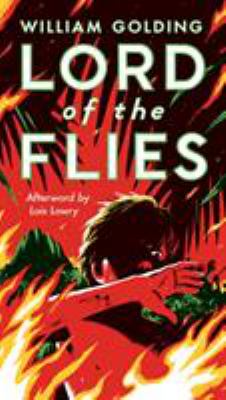 William Golding’s Lord of the Flies is a novel about a group of young boys who have been stranded on an island, without any connection to civilization. They struggle to maintain order and peace on the island, as the group becomes split between two “tribes:” a violent, uncivilized tribe, and a more rational tribe dedicated to becoming rescued.

The novel begins with the boys recovering from an airplane crash. The boys discover that they are stranded on the island alone, without any grownups or methods of communication with the outside world. Ralph, a boy approximately twelve years old, befriends an intelligent, but physically weak boy nicknamed Piggy. Together they find a conch at the beach, which they blow into to rally all the other boys scattered about the island. The boys all decide to vote Ralph as “chief” since he possess the conch, infuriating Jack, who leads a group of choir boys and wants to lead all of the boys on the island.

Despite their struggle for power, Jack and Ralph initially get along, and they focus the group’s efforts on building a signal fire to contact ships for rescue and shelters for survival. However, the two being to drift apart as Jack begins hunting. Hunting causes Jack to reveal his more savage and violent nature, causing him to become less focused on the group’s priorities, which is mainly getting rescued. Furthermore, the group begins to collapse even further as they discover that there is a “Beast” who watches over their signal fire, panicking all the boys.

Ultimately, the Lord of the Flies is a classic novel, and I would highly recommend it. It is relevant today because of its themes on human nature. It reveals that despite what people appear like, beneath that civilized mask is violence and savagery, uncovered when people are forced away from civilization. The novel focuses on the boys struggle to remain order and peace as they drift apart.

Lord of the Flies by William Golding is available for checkout from the Mission Viejo Library. It is also available for download from Overdrive.

1 thought on “Lord of the Flies by William Golding”