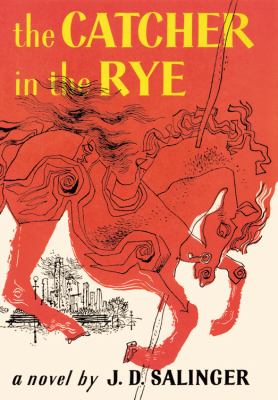 Written in a time where topics such as mental illness were considered taboo, J.D. Salinger’s Catcher in the Rye was a revolutionary novel. Catcher in the Rye tells the story of a teenage boy named Holden Caulfield who struggles to find his purpose and place in society while grieving the death of his younger brother Allie. Allie had died when Holden was only 13 years old, and 3 years later, this traumatic event still greatly affects Holden’s cynical view of society and life itself. Holden’s experiences in an upper-class family and in the boarding schools he has spent most of his adolescence in have shaped his view of adulthood and the “phoniness” of society in general. He views childhood as something precious, and adulthood as a dark world of phoniness and monotony. Spending time in all-male prep schools has also caused Holden to question the meaning of masculinity and what it means to be a man.

After being expelled from his third school, Holden decides to go to New York City alone and encounters characters he deems as “phony,” such as Sally Hayes, Bernice, Sunny, and Ernie. Holden resents these characters for their lack of authenticity and superficial interests. His search for someone who is innocent and genuine leads him to his younger sister, Phoebe. It is then revealed that Holden wants to be “the catcher in the rye,” or someone who is there to catch children playing in a field from falling over the metaphorical cliff to adulthood. Holden’s obsession with the preservation of innocence stems from the loss of his younger brother, Allie, and can be seen in his reluctance to see old friends and the museum he used to love as a child. Holden is scared of change, and of seeing those he once adored older, more mature, and, in Holden’s mind, “phony.” These experiences bring Holden to a point of emotional exhaustion and distress, which climaxes at the end of the novel when he watches Phoebe and other young children on a carousel at the New York Zoo. This display of pure innocence and joy brings Holden to tears, yet he feels truly happy for the first time in the story. The entire story is told from Holden’s perspective a year later, as he is talking to a therapist in a mental hospital. The reader never truly gains closure on Holden’s future but is left to finish the story in their own minds.

Thousands of readers have resonated with Holden’s character, and are grateful for the genuine voice of J.D. Salinger and the connection they feel with Holden. Many speculate that Holden is a reflection of Salinger himself, influenced by the traumatic events that plagued Salinger’s own life. This novel has forced readers to question societal influence and what is truly important in life. Salinger has given a voice to the cynical internal monologue many shares with Holden and brought to light countless issues that were never truly discussed or recognized in the time during which Catcher in the Rye was written.