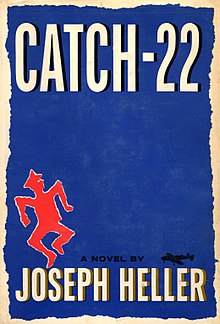 Nearly six decades after its original publication, Joseph Heller’s Catch-22 remains one of America’s most valuable – and most entertaining – classics of all time. Depicting the brutal insanity of war in a way no one else has quite managed, Heller and Catch-22 have cemented themselves in American literature.

Set in Italy during World War II, Catch-22 tells the story of the disillusioned bombardier Yossarian, who is furious because thousands of people he has never met are constantly trying to kill him, including both the enemy forces and the people within his own army.

The most significant of these would-be killers is undeniably the titular Catch-22, which states that a man is considered insane if he willingly continues to fly dangerous combat missions, but if he makes a formal request to be removed from duty, he is proven sane and therefore ineligible to be relieved.

Trapped in this endless cycle of missions and death, the soldiers on the island of Pianosa are forced to adapt to their constant torture by hiding in the hospital ward, enjoying illegal meals in the mess hall, and generally doing their best to be a nuisance to Colonel Cathcart, who continues to raise the missions needed to be relieved from duty.

Combining serious matters with lighthearted humor, Catch-22 is a book that everyone should read at least once in their lives. This fascinating look at the negative aspects of war, inspired by World War II and the Vietnam War, is a book that is impossible to put down.

Catch-22 by Joseph Heller is available for checkout from the Mission Viejo Library.

2 thoughts on “Catch-22 by Joseph Heller”