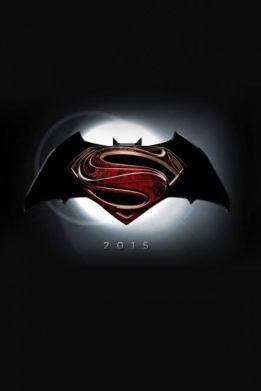 Batman Versus Superman: Dawn of Justice is a film directed by Zack Snyder and produced largely by Warner Bros and DC Entertainment. It stars Henry Cavill and Ben Affleck. This has been a hugely anticipated movie for people of all ages, breaking box office records in its opening weekend and garnering the attention of nearly every comic fan.

If you couldn’t tell by the title of the movie, Batman V Superman pits two of the most iconic superheroes of all time against each other, but it’s not nearly as simple as that. Various characters such as Superman’s rival Lex Luthor and girlfriend Lois Lane impact and shape the story.

Unfortunately, I felt that the pacing of the movie was very poor. I was very uninterested for the first 45 minutes of the film, and if it weren’t for the fact that it was Superman and Batman, I might have fallen asleep. The movie constantly jumps between different characters and rarely stayed in one setting for longer than 10 minutes, which made the story feel broken instead of a seamless narrative. However, this also built each character a bit more as it revealed how each of them had their own motivations. Despite previous doubts, I felt that all of the actors delivered solid performances, especially Henry Cavill as Superman and Jesse Eisenberg who made a very entertaining Lex Luthor.

The action and special effects in the film are top notch, with all the explosions and brawling you could ever ask for, especially between some of the famous superheroes. The only time the CGI felt a little rough around the edges was in the beginning of the film.

Even so, I really felt this movie fell flat of its expectations. They put far too much plot and backstory into one movie, trying to introduce and establish multiple pivotal characters at the same time in the same movie. They wasted too much time on build up and seemingly rushed the actual fighting between Batman and Superman, which is not even close to the end of the movie. Whenever I thought they would stop adding more side stories and complicating the plot more, they kept pushing and pushing then seemingly threw it all away in the last 45 minutes. Without giving anything away, there were multiple events where I was just shaking my head, thinking “Why would you do that?”

Overall, I felt that Batman Versus Superman: Dawn of Justice was very average as a movie and somewhat above average as a superhero movie. I’d recommend for anyone who is interested in action packed movies or is a superhero fan to go watch it. However, just appreciate it as a loud dumb popcorn movie and don’t think too hard about the story.