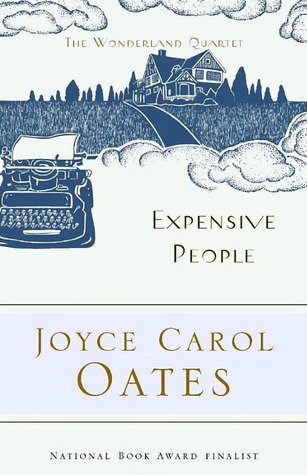 Richard is a 10-year-old kid with a 40-year-old brain. It’s was very astonishing to see how mature he was. His mom looks like a 3-year-old kid to him all the time. And yet, his mom Nada goes away.

But Richard never felt really down until his family moved into a suburban area and he was sent to private school with many other rich but neglected boys to support his dad’s business. His mom Nada is a very pretty woman with a Russian accent and was a writer, though she never let Richard call her “mom” nor allowing him to take a glance at his story.

Life must be really hard for Richard because both of his parents don’t really love him like normal parents are. It was such a shock to me when his dad ended up marrying the neighbor after his mom went away. Richard’s life was tragic, and this book embellished a veil of society on the tragedy.

Expensive People by Joyce Carol Oates is available for checkout from the Mission Viejo Library.