I wite blogs for libraries

Mr. Banker is a nice person but he sometimes can be a little snobbish and selfish. Although I would be ecstatic to have him as a friend because he is always there for you. I don’t know how a little girl like Ella Hawley can be so mature, but she acts like a grown-up woman to her dad Ethan Hawley.

The saddest part for me was when Marullo, Ethan’s boss got deported because he was an illegal immigrant. I really want to give him a pat on the shoulder because he is a very nice and kind person, it’s just that he doesn’t reveal his geniality very easily. It’s a winter when everybody has their own dissatisfaction, but at the end, a lesson can be learned: we should be glad about our life as always.

The Winter of Our Discontent by John Steinbeck is available for checkout from the Mission Viejo Library.

This book is another one by my favorite author John Steinbeck. It’s about a bus driver named Juan Chicoy who has a wife that he sometimes loves and sometimes pranks her. I must be feeling dreadfully lonely if I have such a profound and deep husband like him. His apprentice Pimples and his best comrade “Sweetheart” (the bus) are always with him just like shadows.

In my perspective, it would be my pleasure to meet such an intelligent couple like Elliot Pritchard and his wife. I can’t imagine what to feel like as a man meeting their erudite but voluptuous daughter Mildred. Sometimes I really wish that I am as inventive and funny as Ernest Horton. Unlike Mr.Pritchard, Ernest Horton is not very complacent and lonely. He always has friends. He was my role model.

Every girl wants to be like Camille Oaks but also doesn’t want to be like her. She has an angelic face that every man would be willing to be a devil for her. But her jobs require using her beauty to earn money. Camille seems to be like an older sister to Norma, a counter girl at Alice Chicoy’s restaurant. I see my sister’s shadow when Camille comforts Norma.

The Wayward Bus by John Steinbeck is available for checkout from the Mission Viejo Library. 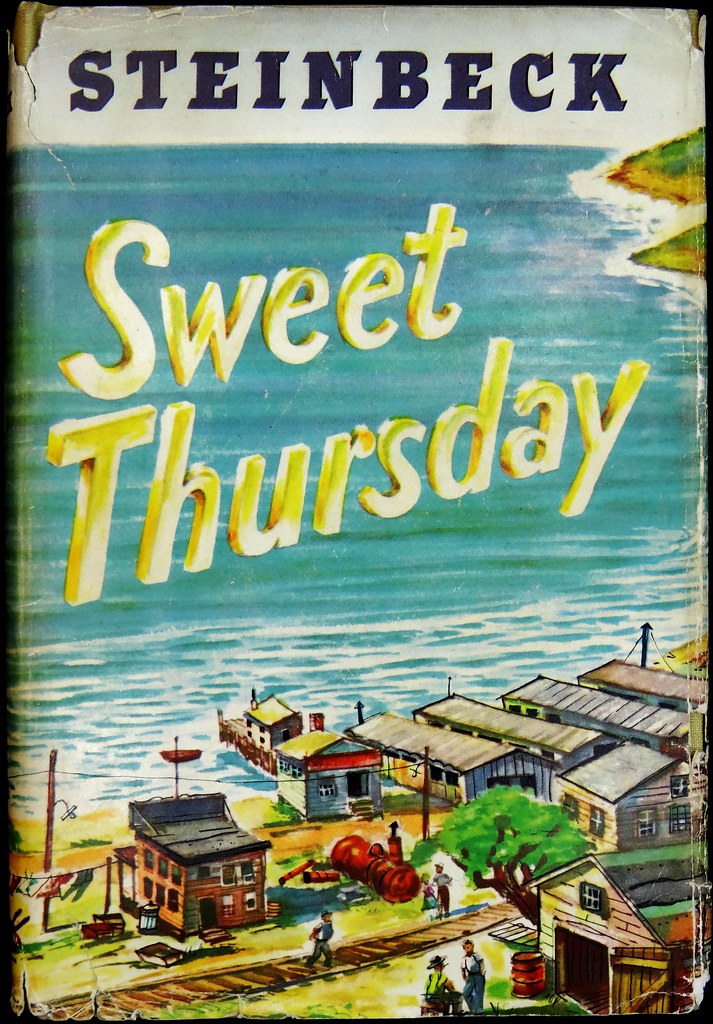 Sweet Thursday is basically a continuation of the book Cannery Row. In this book, Mack and his friends are trying to save their dear friend Doc from his unknown depression.

Fauna, the new owner of the brothel was introduced. She is pretty, kind and most important, smart. Even though she doesn’t know how nice and helpful she is. Fauna really detests it when people say “I love you” to her. It was very shocking to me that such an amazing woman isn’t married.

If you ask me who is my favorite character in this book, I will certainly point my finger at Suzy. Again, she is another new character in this book. Suzy is a very wild girl. She is frank, uneducated but also can be very girly when it comes to the man that she loves who is Doc. This whole entire book really touched me because I didn’t know that Suzy can be respectful to Doc. But thanks to God that Doc realized he loves Suzy and brought her back to him. I am really excited to see another gold star on the wall of the brothel which has the name “Suzy” on it representing that she is married.

Sweet Thursday by John Steinbeck is available for checkout from the Misson Viejo Library. 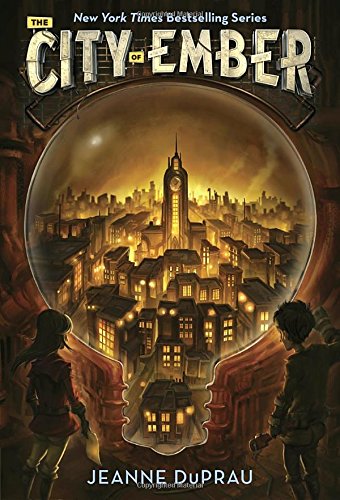 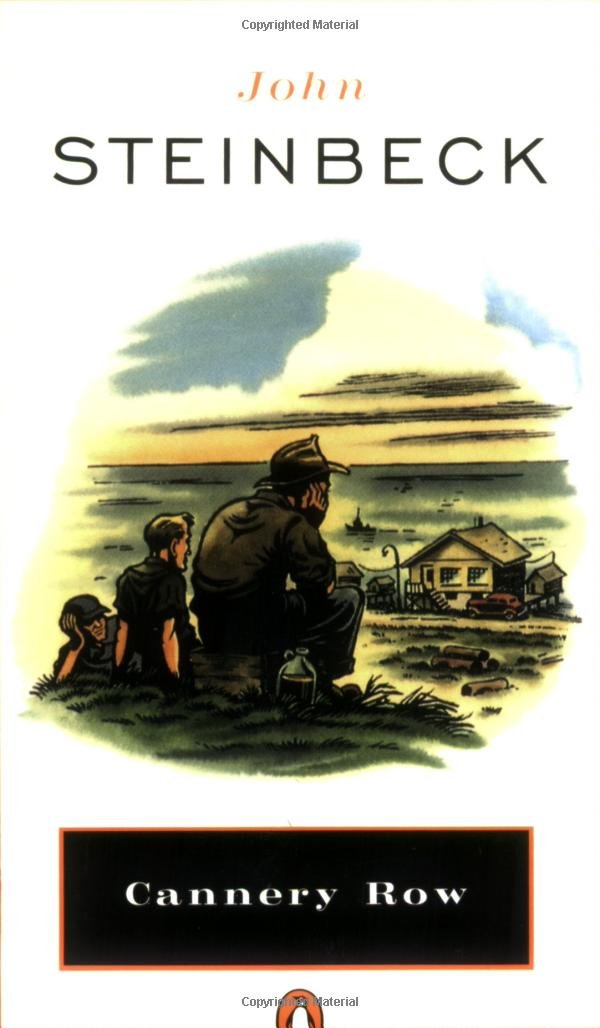 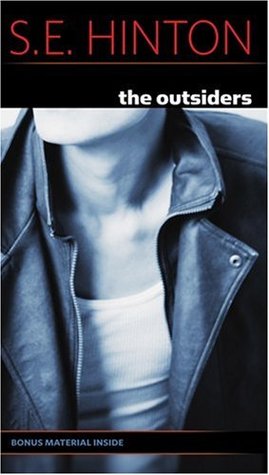 If you can visit Oklahoma back in the 1980s, you might have seen the gangs called the Greasers and the Social. Greasers, earn their name from the grease used to style their hair–enough to supply you to cook with for about two days. Life is unfair? No, it’s just too far to the Social, for their parents feed them money every day so that they are too full to stand up, walk to the fridge and grab a piece of bread to eat as lunch.

Ponyboy Curtis, whose parents died when he was little, lives with his two older brothers, Sodapop and Darry. One day, after going through a drastic fight with his brother, he ran away to the park with his friend Johnny. After witnessing the frantic Johnny killing a Social member, a rival gang, Ponyboy realized that life is going to smash him as hard as it can on the face.

I was very intrigued by this book that I couldn’t put it down for a second. But it’s absolutely incredulous to imagine teenagers killing somebody but still survive after all these streaks of dangerous events. But if it’s me, I’d rather behave well and listen to my older brothers because they are my only family members and I know that they love me so much like my parents.

The Outsiders by S. E. Hinton is available for checkout from the Mission Viejo Library. It can also be downloaded from Overdrive. 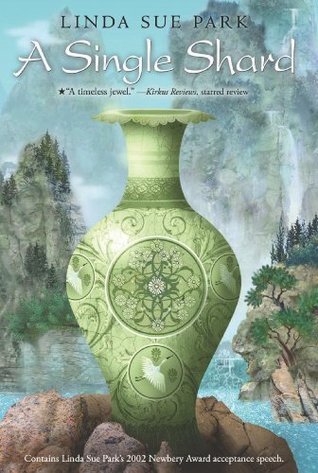 Nowadays, it’s hard for us to imagine how bad conditions might be if our parents passed away. Often times, books are not just elucidating a story to us, but also teach us lessons for life. When children in our modern society are asking for a brand new iPhone X, Tree-ear was busy scrounging for food.

One day, Tree-ear was a little avid to take a peek at Min’s pottery, so he sneaked into his backyard but accidentally broke a pot. You can’t really say it’s a calamity for him, but a surprise. As recompense, Tree-ear lived in Min’s house and learned how to make potteries until one day he was being sent to the King and exhibit him Min’s masterpiece. It wasn’t until the village dwindled its shabby shadow he realized that his life’s been edited.

This book incorporated a lot of life lessons that everybody needs to learn. If life gives you an absinthe, someday you will receive a fondant.

A Single Shard by Linda Sue Park is available for checkout from the Mission Viejo Library.