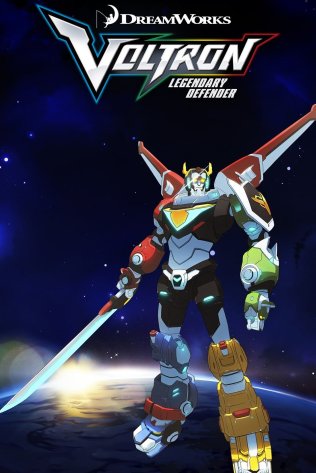 “Voltron” is a name that may be familiar with people of many different generations. It was most noticeable for its original debut in the 1980s under the show titled Voltron: Defender of the Universe, however it has had many revivals over the years with…generally subpar success to their names.  But its most recent incarnation, Voltron: Legendary Defender, quickly shot up in popularity when Netflix announced it in 2016.  So what was all the hype about?

Voltron: Defender of the Universe brought up dark subjects with children that other, similar cartoons would often avoid. It was still incredibly corny, of course, but it left a lasting impact on its young audience because it didn’t shy away from these topics.  Needless to say, Voltron: Legendary Defender had a lot to live up to.  If it couldn’t impact old fans and new fans in a similar way to the original, it would fade into obscurity like the reboots before it.  So was it impactful?  Did it live up to the legacy of the original show?

Over the next few months, I’ll be taking a look at this reboot season by season to see if it’s worth all the hype it received.

Season one of Voltron: Legendary Defender is very simplistic, but sets up a very interesting world with its eleven episodes. From the first episode – which, to be fair, is an hour long without commercials, so it does have a lot of time to make a first impression – you can immediately tell the tone that this series wants to take.  The opening scene literally depicts the kidnapping and torture of three innocent human astronauts.  Immediately after, though, we cut to the antics of three in-training space cadets: Lance, Hunk, and Pidge.  This may sound contradictory but the show is very good at balancing the serious moments with the more lighthearted moments.

The Galra Empire is an empire that has spread its reach throughout the universe for thousands of years, and they have conquered almost every planet up until the Milky Way. Their leader, Zarkon, grows stronger with every planet they conquer, and the heroes are racing against time to defeat this big baddy.  This is the premise of the show, and the turmoil and politics of the Galra empire are a major plot point within the series.

The story of this season ends with quite a bang as well. The heroes take a rescue mission right into the heart of Galra territory, and face off with Zarkon himself.  Although they’re able to escape, they don’t escape without taking some heavy damage first, and the season ends on a dramatic cliff hanger.  It’s a cheesy way to rack up interest for the next season, but it works.  So does the series fulfill its enticing premise and current potential?  Tune in next time to find out!