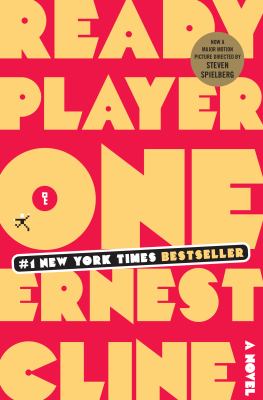 The year is 2044.  The Earth is in ruins and people are starving, all because of the energy crisis and human neglect.  Humanity’s escape from all that is the incredible virtual reality game called OASIS. It was created by the genius video game creator James Halliday who, when he died, set up a contest to find the Easter egg he’s hidden in the grand OASIS. Whoever finds it will get Halliday’s inheritance, which is an enormous sum of money.

This story follows Wade, an introverted, awkward boy who has grown up with the OASIS. His parents died while he was young, so he’s forced to live with his cruel aunt in a precarious tower of trailers.  He spends his days finishing up his last year of high school and mostly researching every 80s TV show, comic, movie, and book for clues on how to find Halliday’s egg.

When Wade begins to progress in the hunt for the egg and find the first key, he receives a lot of attention and soon becomes targeted by the IOI, another game company who wants to win the contest so they can steal the OASIS and change it. Wade must find the egg before someone else or the IOI can to save himself and possibly the world.

I really enjoyed this book!  It’s so interesting because of its futuristic, sci-fi genre and many, many references to games, books, TV shows, and movies. This is a unique, fascinating book that will have you turning its pages rapidly till the end!

Ready Player One by Ernest Cline is available for checkout from the Mission Viejo Library.

3 thoughts on “Ready Player One by Earnest Cline”