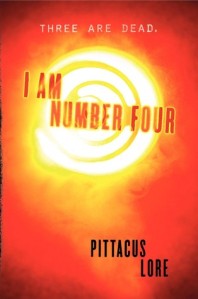 When most people think of aliens, they imagine a green Martian with antennae and gigantic eyes. They usually don’t imagine an alien as a normal-looking teenage human being who has amazing super powers.

Like most science fiction books, The Lorien Legacies, written by a pseudonym under Pittacus Lore, is an ongoing series that’s full of action, suspense, and (for you girls out there) a little romance. The books are titled: I am Number Four, The Power of Six, The Rise of Nine, and The Fall of Five. The fifth book in the series is expected to be published in 2014.

The series is set in a modern day world. The planet Lorien, which is similar to Earth, has been obliterated by another race of aliens called Mogadorians. The only Loric to survive are (supposedly) nine teenagers, called the Garde, and their Cepans, who are assigned to protect their chosen Loric. Seeking salvation, the nine teenagers have come to Earth to train for combat. Their goal is to be able to destroy the Mogadorians and reclaim their home planet in time. They are each named after a number and possess amazing abilities called Legacies. Protected by a unique “charm”, the Garde can only be killed off in numbered order.

The first book in the series starts off with the story of Number Four, which means Numbers One, Two, and Three have already been killed by the Mogadorians. As the series goes on, readers will be able to meet more members of the Garde. This series is one of my favorites because the main characters are often faced with very difficult decisions and have to struggle through a number of life-threatening moments. Because they are only teenagers, the Garde sometimes don’t know what the right choices are. In the beginning, they constantly argue because they each have different views and personalities. The Garde has to learn to rely and trust one another, sort of like a team.

I would rate the Lorien Legacies a 9.5 out of 10 and would highly recommend it to anyone over the age of 12 who enjoys sci-fi and action. There are many surprising moments that will surely keep you in constant suspense and on the edge of your seat!

2 thoughts on “Series Review: The Lorien Legacies by Pittacus Lore”