In a cruel world that was once ours in the 1940s, there lived a young woman by the name of Rachel Kramer.  Getting increasingly tired of hearing of her father’s genetic research to create the “perfect” Nordic race for which Hitler strived,  Rachel meets up with her childhood best friend, Kristine.  While the two catch up, they discuss their past life.  Kristine has courted a German SS officer, Gerhardt Schlick.  They even have a four-year-old daughter, Amelie.  However, Kristine tells Rachel with anguish that Amelie is deaf.

A couple days later, Rachel and Kristine find each other again at a banquet dinner also attended by Rachel’s father  and Gerhardt Schlick.  Through all of the presentations and lectures about eliminating the Jews and creating a pure society, Kristine caught the speaker say something about eliminating “imperfect citizens.”  As he continued, Kristine thought about her own child, Amelie.  She was disabled!  What would happen to Amelie if the German soldiers found her?  Kristine became worried and confided in Rachel about her dilemma.  However after a heartbreaking incident, the two are separated.  It is now up to Rachel to carry out Kristine’s plan.  Rachel and her new found friends attempt to save Amelie, much like the title predicts.

I would rate this daring, twisting, and exciting adventure a 10 out of 10.  Its painful story provided a glimpse of life in Germany during WWII and the plan to perfect the Aryan race.  Though devastating, frightening, and uplifting all at the same time, Amelie’s story is quite the historical fiction thrill.

Saving Amelie is available for check out from the Mission Viejo Public Library.

Most books are about fictional characters. Not many books, I feel, are about fictional-fictional characters. The story for Carry On follows the magical world of Simon Snow – the source of fanfiction for Cath in Rowell’s previous novel, Fangirl (which is also very good, you should read that). The whole thing sounds a bit complicated and I haven’t even begun talking about the plot.

The book takes place in Simon’s last year at his magical boarding school. It feels as though this is the last book in the series as if there could have been a book following each of Simon’s years at the Watford, but Rowell does an amazing job of giving the reader enough information while still maintaining a layer of mystery. Besides the beautiful storytelling, it would be impossible to read this book and not compare it, at least a little, to Harry Potter. The main character is the chosen one brought up in the normal world, prophesized to appear when the world needed him most, and goes to a magical boarding school during the year only to be forced to live in the normal world during the summer holiday. Oh, and both take place in England. But beyond that circumstantial similarities, Carry On really stands out as its own book.

The plot is rich, the characters all very distinct (Penny is my personal favorite) and not everything goes as expected. The magic world of mages is weird and different, but with just enough familiarity (the use of electronics for instance) to not make it seem too otherworldly. The story’s main antagonist, the Insidious Humdrum, is a pretty good villain despite the ridiculous name.

I don’t want to say much more because this is a book you want to go into without any spoilers. I got completely sucked into the story. There are some changes in perspective, all in the first person, but I never had trouble discerning who was who. If you are looking for a new magical boarding school book that is truly amazing, keep calm look no further than Carry On.

Carry On is available to check out from the Mission Viejo Public Library.

Recently, I sat in the audience of the Laguna Playhouse Youth Theatre in Laguna Beach as I watched actors both young and old act out Shakespeare’s famous play, The Tragedy of Romeo and Juliet. To be honest, I had no complaints about the play itself. The actors were all very well rehearsed and the performance was very polished, a difficult feat given how hard it is to read Shakespearean dialect, let alone memorize and perform it.

“Romeo and Juliet” by Frank Dicksee

Many parts which I remember from reading the play itself were identical in the stage adaption. A couple scenes were edited, but only slightly. Additionally, a few scenes were different than what I had pictured as well as from what the movie versions of the play depicts. A main example of this is the fight that the Capulet and Montague families have in the middle of the market in the beginning of the play. I imagined there to be more characters on each side while the Laguna Playhouse adaption maintained a smaller crowd. Regardless, these slight differences did not necessarily take away from the overall play. It was still very enjoyable.

If you are someone who enjoys watching student theatre productions, I would definitely recommend looking into the Laguna Playhouse productions. I have watched a variety of productions there, from Tom Sawyer to an adaption of Lois Lowry’s The Giver to The Legend of Sleepy Hollow. I have always been extremely impressed by the performances because these students are all able to produce a polished and entertaining performance in addition to handling the stress of school. 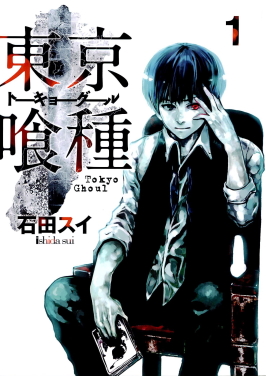