Imagine a world with everyone fifteen and older completely gone. Kids are fighting each other, food is running low, and some animals and children are mutating and growing powers. Gone by Michael Grant follows Sam, a regular teenager who lives in the FAYZ or the Fallout Alley Youth Zone.

The story follows Sam’s challenges of keeping everyone in control while at the same time, trying to hide his secret mutation. Surprising and shocking, Sam discovers that he can shoot light lasers out of his hands! Sam later finds out he has a brother that also has powers. But Caine, his brother, turns out to be evil! So, Sam and his group of friends have to fight Caine in order to keep their home town safe.

I really enjoyed this book because it emphasized how crazy the world would be if adults were gone. My favorite character by far was Sam because he was nice and had really cool powers! If I could choose one superpower, it would be super speed, like The Flash. Gone is a perfect book for middle schoolers and up. With a mix of mystery, thriller, and all around excitement, Gone is a book I would definitely recommend.

The Gone series by Michael Grant is available for checkout from the Mission Viejo Library. 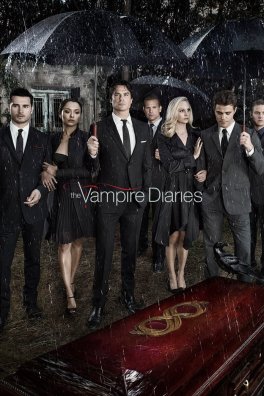 The teen drama Vampire Diaries was developed by Williamson and Julie Plec and is exactly what you need if you’re looking for thrills, drama, lust, love, and danger. I could go on and on!

The TV show begins with Elena Gilbert, an average high schooler with a little less than average problems. Losing both her parents in a car accident off Wickery Bridge in the town of Mystic Falls she feels that her struggles are over. That his, until new boy Stefan Salvatore begins to attend Mystic High the same class as Elena. It’s love at first sight and they soon get to know each other. Eventually secrets are unveiled and Elena comes to learn that her boyfriend, along with his brother Damon, are vampires–but not the only ones in Mystic Falls.

Their relationships is unsteady at first because of Elena’s fear and curiosity of the unknown. Which is understandable, it’s not every day your lover tells you they crave flesh and blood. She eventually learns how to cope although things are always kept interesting.

The teen drama keeps on your toes always questioning what’s around the corner in the scene to come. If you’re searching for something to crank up your day and your heart rate, I really suggest watching vampire diaries. You will not be disappointed. 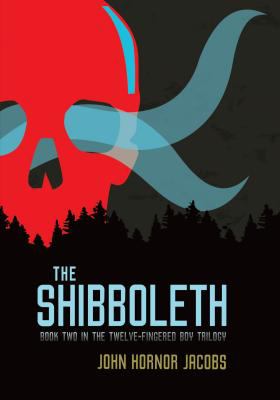 This book completely and utterly blew my mind. In John Hornor Jacobs’ genius masterpiece, Shreve, a misunderstood teen, works his way through iron cages, both physical and mental. He has a power that he calls the Shibboleth, and he uses it to invade minds. However, multiple characters throughout the trilogy possess the same ability, allowing Shreve to observe the full extent of this power. Other characters have wide arrays of superpowers, some including telekinesis, flight, and hypnosis.

While all of these are great, what really stood out to me was the side characters without powers, and how realistic Jacobs made them feel. This aspect of the book brought a dark, yet almost familiar vibe, and I really enjoyed it. Overall, this book is absolutely fantastic for the teen level of reading, and if you like dark humor and sarcasm, this book is perfect for you. The characters and wording will get you hooked for sure. This is definitely a must-read, as well as the first and third novels in the series, The Twelve-Fingered Boy and The Conformity. Thanks for reading!

John Hornor Jacobs’ The Shibboleth, and novels that make up the Twelve-Fingered Boy trilogy, is available for checkout from the Mission Viejo Library. 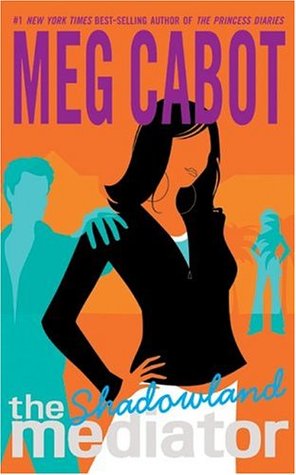 More demons, epic battles, and fights to the death…

On trial for a crime he did not commit, Fletcher must face the Inquisition who will decide his future – the process is grueling, lead by those who will do anything to see him suffer and haunted by ghosts from the past with clues to Fletcher’s tragic origins.

But Fletcher has little time to dwell on these new revelations when the king announces a deadly challenge to the graduating students at Vocans, a school for students that have the rare ability to summon demons. One that involves entering Orc territory to complete a risky mission. With loyal demons by their sides, commoners and nobles, dwarves and elves must overcome barriers of class and race and work together to triumph. The reward: a fortune in gold, the safety of an empire and long wanted peace.

With the entire empire watching, Fletcher has much to prove, but there are those out to get him and it soon becomes clear that there’s a traitor in their midst, trying to thwart the mission and create unrest within the Empire.

With everything stacked against him, Fletcher must use everything in his power to fight his way to victory. But will he survive?

I loved reading this book, especially since all of the suspense that kept me reading till the very end. This book is like Lord of the Rings and Harry Potter combined, two of my favorite books. The Summoner series is truly excellent!

The Inquisition by Taran Matharu is available for checkout from the Mission Viejo Library.

One fateful night, blacksmith apprentice Fletcher discovers that he has the ability to summon demons from another world. Mysteriously given a leather bound book, he accidentally summons in a deserted graveyard a Salamander demon, named Ignatius.

He then travels to Vocans Adept Military Academy, a school for adepts with the ability to summon demons. There, the gifted are trained in the art of summoning. Fletcher is put through grueling training as a battlemage to fight in the Hominum Empire’s war against Orcs.

Fletcher must tread carefully while training alongside children of powerful nobles. The power hungry, those seeking alliances, and the fear of betrayal surround him. Fletcher finds himself caught in the middle of powerful forces, with only his demon Ignatius for help.

As the pieces on the board maneuver for supremacy, Fletcher must decide where his loyalties lie. The fate of an empire is in his hands. All of Hominum will be destroyed if makes a fatal mistake. The Novice is the first in a trilogy about Fletcher, his demon Ignatius, and the war against the Orcs. What will happen?

Something that I liked was that at the back of the book, there’s a type of animal encyclopedia where it lists all the breeds of demons that can be summoned and their powers. I thought that that was super cool! I can’t wait for the second book, The Inquisition!

The Novice by Taran Matharu is available for checkout from the Mission Viejo Library.

TMI fans, here is the next book in the installment!

Emma is struggling with her love for Julian, and so, unknown to him, has begun a fake relationship with Mark. Mark himself is struggling whether to love his past, Kiernan, or his future, Christina. Christina is struggling with Diego and Mark. Diana finds a love interest of her own. Kit “Herondale” is struggling with his new name and the legacy of it, while also finding some new friends with the twins. We also see some TMI characters like what we saw with Lady Midnight– Clary is unsure of whether to marry Jace or not, and Alec and Magnus play a big role in helping Julian, Emma, and the gang with issues such as the concern of Downworlders with the Clave. The Clave itself is being as stupid as always, as there are many Downworlder haters there. Oh, and did I mention that we haven’t seen the last of Malcolm?

Of course, Cassandra Clare still works her comedy within the story, as shown when Ty is amazed that Kit knew about Sherlock Holmes and John Watson, even though Kit laughs at how did no one in the Shadowhunters knew who they were.

Additionally, there are, of course, secrets providing twists and turns to the plot, especially when the Blackthorn family finds out a secret of Julian’s.

However, despite all of the positives and the things I was happy with in the sequel, I was quite disappointed with a few things. First of all, Magnus and Alec appear a little too much in the book, making the spotlight go to them instead of the Blackthorns. Secondly, one can’t read the book without reading the TMI series. Robert Lightwood references what happened with Michael Wayland, making the context only relevant if one read what happened to him back in The Mortal Instruments. Additionally, the issue of Malec, one making immortal and the other not, is referenced too, making it necessary to read The City of Heavenly Fire. It is also required to have read The Infernal Devices. Kit is asked whether he is going to be a Jace, Will, Stephen, or a Tobias, requiring the necessary background information in order to understand. Additionally, we meet a ghost named Jessamine Lovelace, and if one hasn’t read The Infernal Devices, one does not know what she is all about.

However, despite all of these negatives, it is quite an enjoyable  book, one worth reading.

Lord of Shadows by Cassandra Clare is available for checkout from the Mission Viejo Library. It is also available for download from Overdrive.