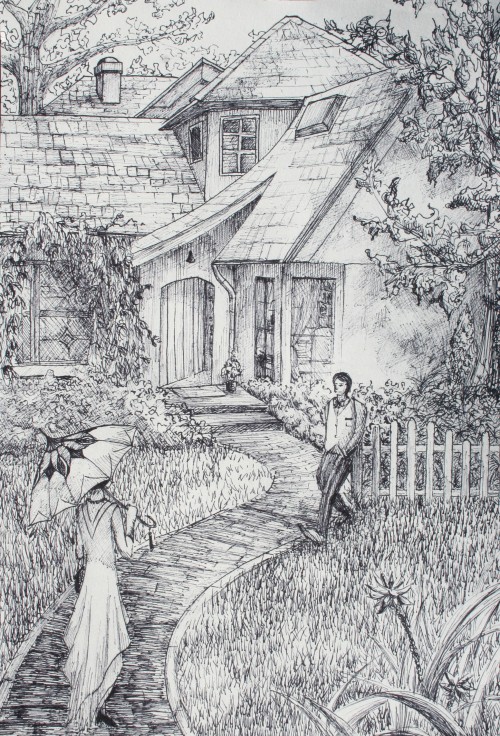 Published in 1851, Moby-Dick tells the story of a man obsessed with hunting a whale, and is considered to be a classic of American Romanticism. The following pieces of mixed-media art were inspired by the text. 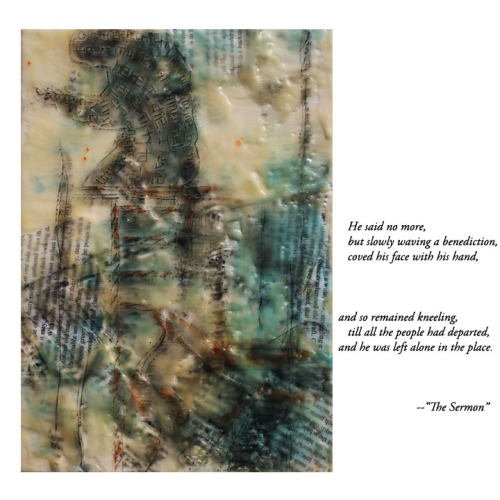 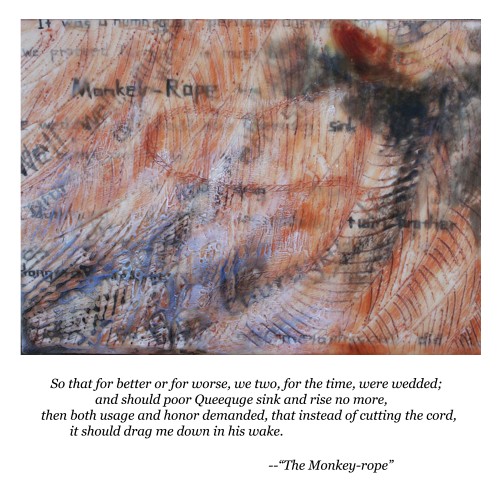 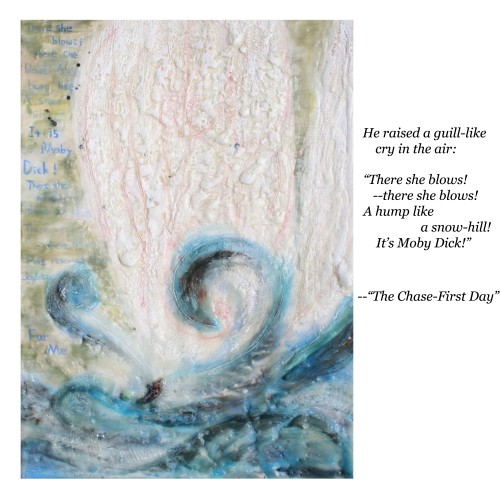 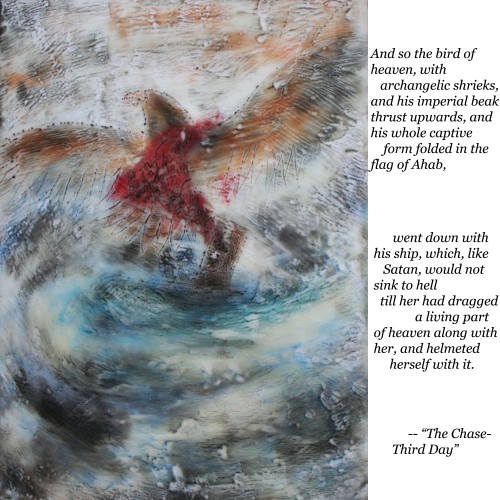 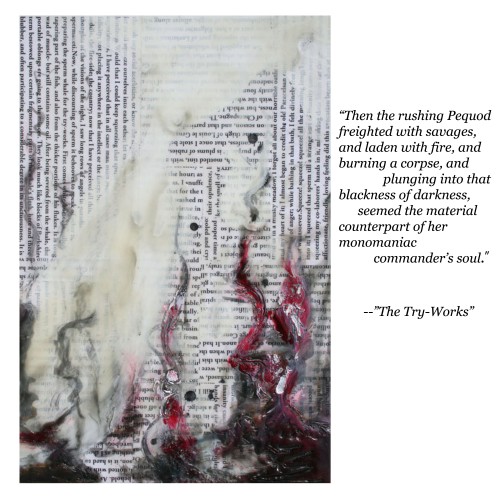 Editor’s note: Have you read the 1979 Newbery Award winning title, The Westing Game, by Ellen Raskin? If not, put this clever mystery on your to-read list. If you’ve read it, you’ll be able to picture the following script as an edge-of-your-seat awesome movie trailer. 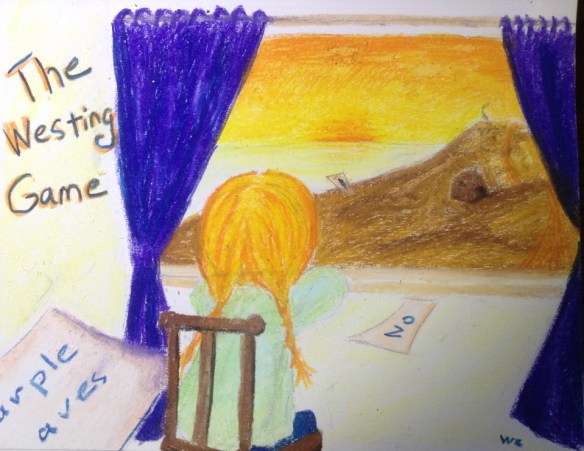 This is a game that is worth two hundred million dollars.

[I, Samuel W. Westing, hereby swear that I did not die of natural causes. My life was taken from me- by one of you!]

[They were mothers and fathers and children. A dressmaker, a secretary, an inventor, a doctor, a judge. And, oh yes, one was a bookie, one was a burglar, one was a bomber, and one was a mistake.]

Who is the dead soul looking for?

[Who among you is worthy to be the Westing heir? Help me. My soul shall roam restlessly until that one is found. The estate is at the crossroads. The heir who wins the windfall will be the one who finds the…]

Who is the final answer?

For the two hundreds million, the answers are given.

[Wrong! All answers are wrong!]

What is the real purpose behind everything?

[“Uh—uh——UHHH!” His hand flew to his throat. He struggled to his feet, red-faced and gasping, and crashed to the floor in eye-bulging agony.]

That one- that person is the answer!

[Shhh! They were struggling with their conscience. Millions and millions of dollars just for naming the name.]

The heir who wins the windfall will be the one who finds the… what?

Who will be the one?

Welcome to The Westing Game.

The Lovely Bones is one of my favorite books. The main character, Susie, tells the story from a unique point of view– she is dead, and tells the story of her dear ones from Heaven above. The concept of Heaven and the usage of flashbacks are the highlights of this book.

What will happen to a family that loses one of its members? What will happen when this girl dies but still has the chance to watch her family while she’s trapped in her perfect heaven? 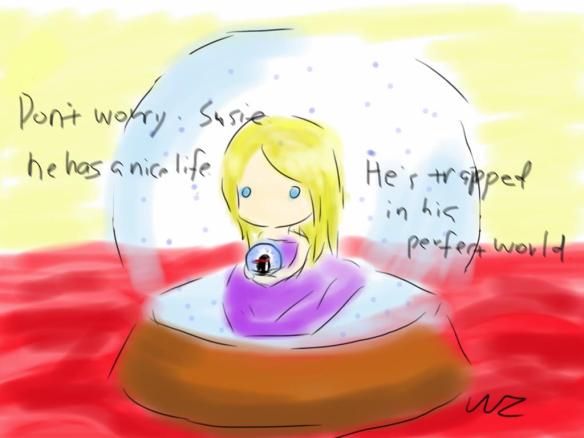 Inside the snow globe on my father’s desk, there was a penguin wearing a red-and-white-striped scarf. When I was little, my father would pull me into his lap and reach for the snow globe. He would turn it over, letting all the snow collect on the top, then quickly invert it. The two of us watched the snow fall gently around the penguin. The penguin was alone in there, I thought, and I worried for him. When I told my father this, he said, “Don’t worry, Susie; he has a nice life. He’s trapped in a perfect world.” (The Lovely Bones prologue)