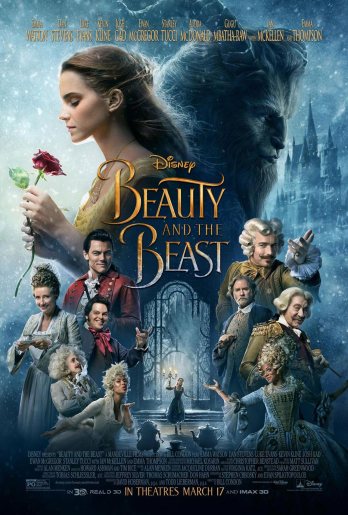 The original animated Beauty and the Beast film gets redone as a live action movie. It was amazing! Disney did a really good job with this movie.

The story is pretty much the same as the original Beauty and the Beast that we all know and love. There were some differences from the original and I wished some scenes from the animated version were brought over for the live action film. Some of the differences, however, gave some cool twists regarding the world the characters live in that you wouldn’t have known from watching the original.

One of the best parts of the movie was definitely the music. The new film had many of the original songs and they were just done perfectly. Emma Watson, who played Belle, also sang many of the songs – knowing it was her singing gave the movie a cool factor. She also has a beautiful voice and it just worked with the songs perfectly. On top of it, Disney added some new songs which as always, were amazing.

Emma Watson, was also perfect as Belle. The image that she gives Belle, is just the was you would imagine her as a real life person .She is also a great actor, and did a really good job of bringing Belle to life. Overall, it was a great family friendly movie. It is a great to watch especially, for something like a family movie night.