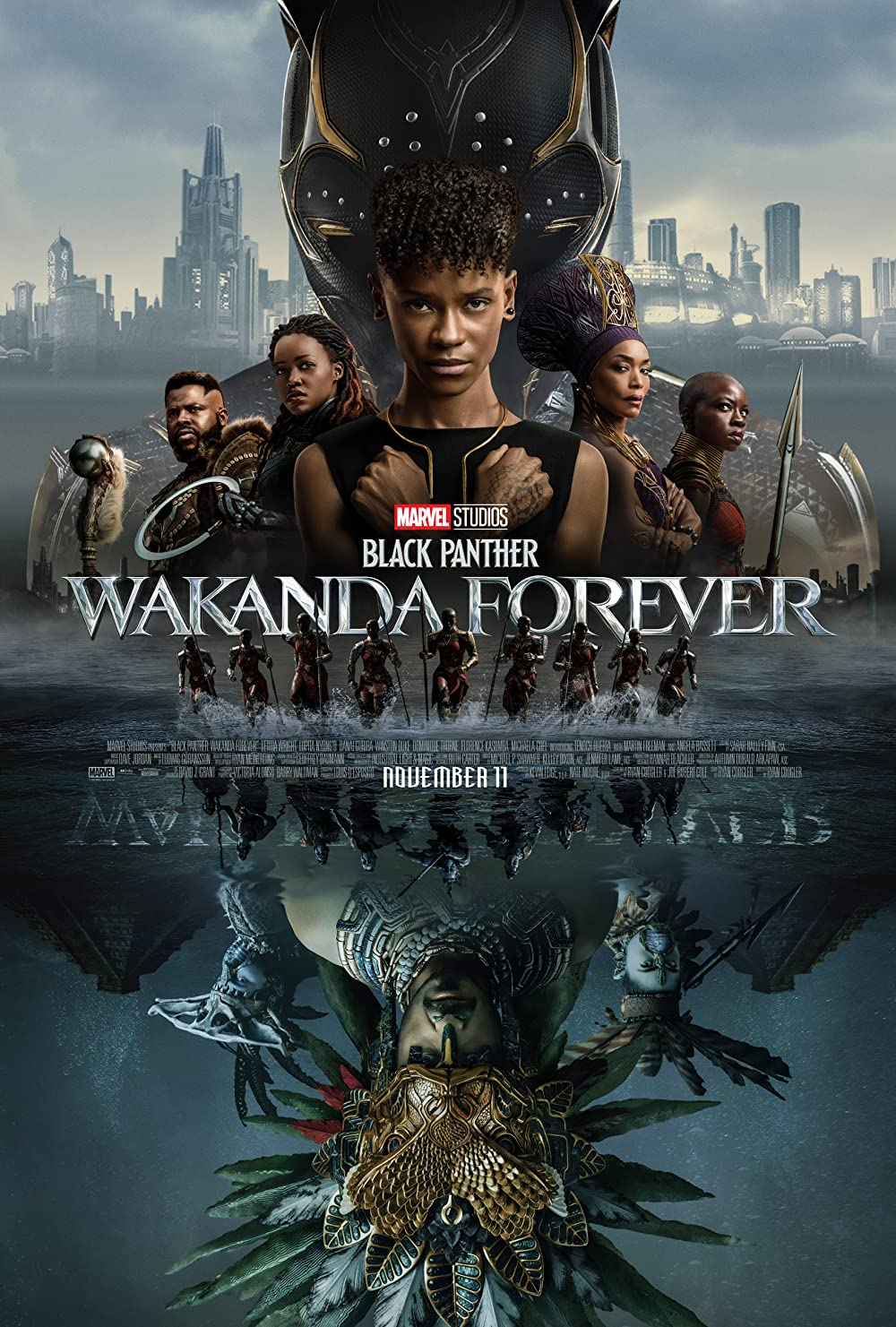 Many superhero movies often fail to live up to standards set by fans and are looked
down upon. Black Panther is not one of those movies. In light of recent events, many are
rewatching movies such as Black Panther to celebrate the work, and it certainly is a movie worth celebrating. Black Panther focuses on social issues while providing both an entertaining watch and a top tier soundtrack. Overall, It is a must-watch given the quality of the film.

Of the recent movies, Black Panther stands out among them due to many aspects. One
of the major selling points of the movie was the action scenes. The scenes are not only action packed, but also flow well and very natural. None of the scenes feel like they are forced and have very smooth transitions. The action and music are very compelling and the music bolsters the excitement of the scenes. The soundtrack is another major boon of the movie. All the songs played (or lack of it) fit each scene extremely well, enhancing the mood and making the scenes more lively. Each track is composed wonderfully and brings out the most in the movie.

Another major aspect of the movie is the social ideas brought up. The movie addresses
many social issues and approaches to fixing them in tandem with the growth of the characters themselves. Many characters are well represented, although there is little African American representation, and are brought out in a primarily positive manner. The only complaints that I had after watching the movie were the primary motivation of certain characters overall and how irrelevant a few characters were, although it is a minor complaint compared to how good the movie was overall.

In general, I would rate this movie as one of the best movies to come out over the past
few years and it certainly lives up to the hype it received upon the release. I would highly
recommend this movie for those who have not watched it or those who want to rewatch it, as it is highly exciting and absolutely worth the time.

Black Panther is available for checkout from the Mission Viejo Library.

As all of you probably know, Marvel Studios just released the record-shattering finale to the ‘Avengers’ movie series. It is the only film in history to make over $1 billion in its debut, breaking the record previously held by its prequel, Avengers: Infinity War. Furthermore, it broke the record, which was also previously held by ‘Infinity War,’ for most money made opening weekend in the United States. It managed to score a 96% on Rotten Tomatoes, and an A+ on CinemaScore. Needless to say, this movie was groundbreaking and has definitely scored a place in the cinematic hall of fame.

I don’t even know where to start with this movie, but I can warn you that there will be spoilers in this review. I think I’ll begin with the groundbreaking female empowerment exhibited in the film. It’s been well known that women will play a strong role in the next movement of Marvel’s plotlines after the release of movies like ‘Black Panther’ and ‘Captain Marvel.’ But ‘Endgame’ really went above and beyond in this area- there was a moment during the final battle which I loved. Spider-Man questions Captain Marvel, and all of our favorite female superheroes, such as Shuri, Okoye, Gamora, Nebula, Pepper Potts, The Wasp, Scarlet Witch, and Valykrie, rally behind her. The movie also touches on core female character from the past, such as Frigga and Peggy Carter. Additionally, Marvel gives Natasha Romanov a beautiful heroic send-off, with Clint Barton and Wanda Maximoff paying respects to her sacrifice.

To add to the wonder of the movie, the story-line was perfect. I laughed, I cried, and I laughed and cried at the same time. One of my favorite pieces of the movie was Tony Stark’s new family. He married Pepper and had a beautiful daughter. I have wanted to see Tony flourish as the perfect father he never had for what seems like forever. Even though Tony ends up dying after using the infinity stones to defeat Thanos’ army, I cherished the scenes featuring the Stark family. Additionally, I loved the character development for Steve Rogers, Bruce Banner, and Thor. Steve finally opened up and let loose, starting a post-snap therapy group and letting loose a little bad language here and there. Bruce Banner finally came to terms with his other half, introducing Professor Hulk to the MCU and becoming an instant sensation with the Avenger fanbase in New York. Thor’s development, on the other hand, was not exactly positive. The viewer sees him spiral after the immense losses he has suffered- the deaths of his brother, mother, father, and half his people. He has become a drunkard, pot-bellied and lazy. The viewer finally sees the hidden side of Thor, the one he always covers up with his relentless positive attitude.

Overall, I thought this movie was perfect and served its purpose (to transition from Phase 3 to Phase 4) excellently. I would really recommend seeing this movie to Marvel fans, since you do need some background to understand what is happening. However, if you have not seen the movies, I would suggest that you do, just so that you can understand this one. This movie was absolutely amazing, it satisfied me and made me feel all sorts of wonderful feelings. 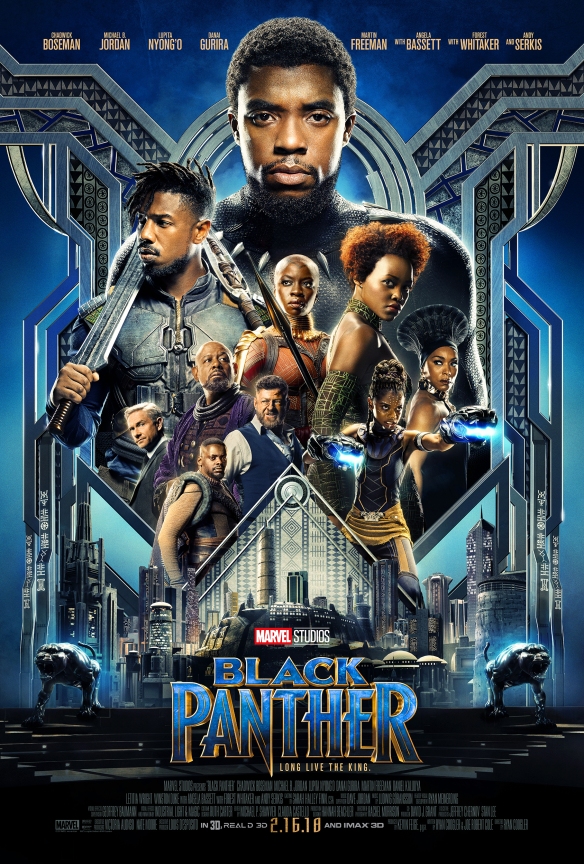 Black Panther had a lot of ups and downs but it was still a good film. I wouldn’t praise it as the best Marvel movie but it is still a good movie. To me this movie was like a lot of Marvel movies. We have the hero who was defeated by the villain then gets saved and comes back to save the day. It seems like Marvel is trying to keep following that pattern.

This kind of had to do with some history. To me T’challa and Kilmonger represented Malcolm X and Martian Luther King Jr. One had extremist beliefs while the other had peaceful beliefs. It seems fitting that they use these comparisons because of the film’s release during Black History Month.

I thought that Eric Kilmonger played by Michael B Jordan had a very empowering role as the villain. I think he really improved as a actor since Fantastic Four which was his last marvel film. This movie also had a Lion King feel to it. Like when T’challa fought Kilmonger he was struck down and then came back to defeat him.

Now I’m going back to Kilmonger because he had such a deep part in the movie. One of the deepest things he said in the movie was “Bury me in the ocean with my ancestors who jumped from the ships, because they knew that death was better than bondage.” Those few words could probably be the most deepest thing in the whole movie. That is what is so cool about his character.

Since he lived in America and has Wakanda blood, he goes back to the secret country where nobody has ever heard of The Civil Rights Movement. Which makes no sense what so ever to the people but we as a audience get it.

I also thought that the costumes in this movie really understood the type of look that Wakanda would have. The technology in the movie was really cool in every aspect.

I thought that it was funny that the whole world thought that Wakanda was a very poor country but, it was the most advance in the world.

After all the hype, I went into Black Panther with extremely high expectations since people where calling it the best Marvel film date. After seeing it, I was very underwhelmed. Yes it was definitely a good movie and I totally enjoyed watching it but, it wasn’t as great as everyone said it was.

The movie begins with the background of Wakanda, which seems to be a third-world country but, is really the most technologically advanced and most well off country in the world thanks to a vibranium well that was created from a meteor. But, from here I personally thought the story line got a little bit confusing. The movie jumps to a scene in an apartment building. Then, to the start of the story line. This jump seemed very confusing to me and I spent so much time wondering what was going on and trying to figure out the scene that it really lost the effect that it was supposed to give, of suspense and later being a plot twist. I think the confusion from this scene as well as a couple of others, is partially why I didn’t think this movie was as great as everyone else thought it was because, it kept me so focused on being confused that I couldn’t really enjoy the movie.

The Black Panther, or T’Challa, is the prince of Wakanda and Shuri his sister is the princess. When T’Challa’s father, the king of Wakanda dies, which was shown in Captain America Civil War, T’Challa takes over. But of course, there are problems someone who was of royal blood and nobody knew existed, challenges the throne and causes chaos.

Overall, the movie was good. I would totally suggest seeing it. But, just like many other movies, it just didn’t live up to the expectations.