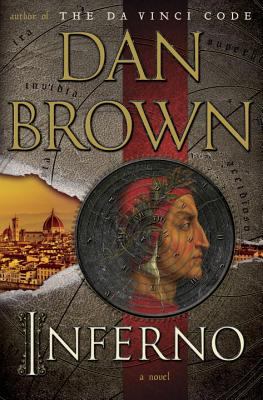 You have probably read or watched the Da Vinci Code by the famous author Dan Brown, who created an extraordinary character mirroring himself. But, here comes the greatest escapist read ever! If you are chomping at the bit for some crossover action reads with amazing intellectual cliffhangers, definitely check out his Inferno!

Featuring the well-known Harvard professor Robert Langdon, an incredibly intelligent and adventurous expert in the study of symbols, Inferno sets its scenes in Florence, the city of renaissance and mystery. Lying in the local hospital, the professor was half-conscious with no recollection of the past events. A series of accidents lead him to a resourceful doctor of the hospital — maybe a little too resourceful. Sienna Brooks is the new “Sophie Neveu”, only that she is a more intelligent female with a great many secrets. Together, the two goes on a treacherous journey in order uncover the hidden messages revealed in arts, details, and hints from Dante Alighieri’s Divine Comedy. Through the adventure, the team meets various characters that makes them doubt the true purpose and direction of this mission, including the meddling of the Consortium, the World Health Organization, as well as a female assassin’s relentless pursuit. But in the end, we find out that everything is but a pre-planned “coincidence.” Protagonists become antagonists, and the antagonists are not what we think who they are…

Nobody is more skilled in plot twist and global conspiracies than Dan Brown. I am mesmerized by his usage of symbols, analogies, and innuendos. He is able to incorporate such a massive amount of historical knowledge into a science-related thriller that reflects his distinct view of current crises and schemes —

“Nothing is more creative…nor destructive…than a brilliant mind with purpose.”

Inferno by Dan Brown is available for checkout form the Mission Viejo Library. 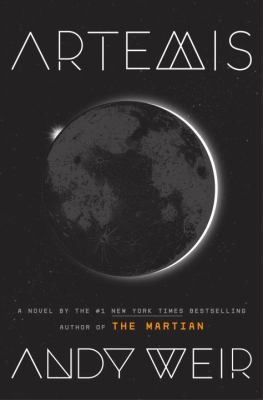 The bestselling author of The Martian returns to pen and paper in his thrilling second novel, Artemis, with a spitfire narrator and slightly different setting – that is to say, this time, it’s set on the moon instead of the strangely familiar planet we’ve come to know as Mars.

Artemis follows the storyline of sarcastic protagonist Jazz Bashara, whose adventures diverge subtly from her interstellar neighbor Mark Watney’s. Neither hero nor villain, she might fall into the subcategory of antihero, which might be why she is so charming to watch through the pages. Her tripwire wit and sharp-as-cheddar intelligence propel readers through the high-stakes book with frightening speed.

What’s so attractive about reading Weir’s books is the fact that he integrates real science into his science fiction novels. Unlike many sci-fi authors swimming in imagined futuristic cities, Andy Weir weaves together a world that is almost tangible – you might even suggest that his ideas could occur in real life.

Though you wouldn’t know it, of course, being trapped in Jazz’s surreal lunar world. The thoroughly entertaining heist that we go on to see her execute, followed by the lightning-quick action that subsequently trails on its heels, is anything but reality. You’ll find yourself immersed in Weir’s real-but-not-real galactic realm, with no way out.

And that’s a good thing. Jazz’s wit and spunk keep the readers on their toes, and the secondary characters round the story out to existence. Ultimately, Weir’s fabricated, anti-gravity dimension lures audiences in with its honest science and entertaining plotline, arguably in ways The Martian never did(or could).

So, I’m first in line for an expedition to the moon. Care to join?

Once upon a fantastical time, there was an alternate reality where a queen lived for nine days. Her life is described by the combined efforts of My Lady Jane authors:  Cynthia Hand, Brodi Ashton, and Jodi Meadows.  There was once a time that all men were special, amazing creatures called E∂ians.  It was the ability to change into the form of an animal.  But, after some evolution of man, these abilities were hidden, and only sometimes found.  And, now in the 1530s, these E∂ians were either looked down upon or admired.

Lady Jane Grey, of the Tudor house, is to be married to a stranger.  And so is Gifford Dudley, son to the lord of the king.  The two are to produce an heir who will become the king of England. However, they are not fans of this arrangement.  There are rumors saying Gifford spends time with the ladies at night.  It is also said that the reason why Jane always has a book by her side is to hide her ugly face.  What sort of relationship is to develop if neither of them likes the other?  And, according to history, what does it matter, if the queen only has nine days to live?

At this point in the book when these most-talented authors rewrote history, the way it actually was, I was reminded of the song, “On the Dark Side” by John Cafferty.  Though the song title seems out of place in this context, the story is not dark.  However, the slipping into another reality is portrayed by the lyrics and is similar to the happenings in this novel.

This is one of the best books I have read in a while, and I rightfully give it a 10/10, for its originality, humor, and great character and plot development.  If you are looking for a funny, unique, fantastical and sweet novel, I would really recommend checking out My Lady Jane.

My Lady Jane is available for checkout from the Mission Viejo Library. It can also be downloaded from Overdrive.