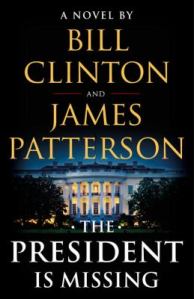 “Running for Governor” is a unique artistic work, a special genre between satire and short story. While a novel should be about character and plot, “Running for Governor” doesn’t focus on character or plot, but describes a bunch of cleverly arranged news stories and interspersed commentary. In that sense, it’s like a funny story, or a satirical essay. However, it is different from the general satirical sketch, because although it does not focus on depicting the character, it cannot be said that it does not show the character at all. It runs through the process of the emotional change and awakening of a character “I”.

Aesthetically, humor and satire belong to comedy. When something that is intrinsically ugly takes the form of something that is good and just; or, on the other hand, when something essentially good is expressed in some harmless form which is not in harmony with its essence, it tends to have a comedic effect — the former may be satirical and ridiculous, the latter humorous and ridiculous. “Running for Governor” is based on this contradictory principle of content and form, and adopts hyperbole to create a comic effect.

As a master of critical realism, the artistic feature of Mark Twain’s writing is based on his profound insight into the various social conditions and human affairs of capitalism. The sharp point of criticism directly points to the hypocrisy and ugly soul of capitalism. The irony in language is the most outstanding feature of “Running for Governor”. As for the use of language, Mark Twain is not impatient, but slowly, through vivid and delicate brushwork to show the subtle changes and contrasts in the text incisively and vividly.

Written in the late 1800s, Henry David Thoreau’s essays tell of civil resistance in society. He believed that many laws were bound to be broken and the people had the right to protest. In his essays, he says that human laws overcome government laws.

As a transcendentalist writer, Thoreau believed that humans could live beyond reality and could not be limited by temporary worldly objects. He shuns the idea of materialism and embraces the power of nature. Thus, people must take advantage of their individual power given by nature and represent their opinions.

Surprisingly, the essays of Civil Disobedience still apply to society today. In the past, Thoreau created an act of civil disobedience by not paying his taxes in order to protest against slavery and the Mexican-American war.

Today, people around the world refuse to follow laws to stand for an issue they believe in. Similar to the nineteenth century, materialism has taken over many peoples’ minds and distracts them from politics, the environment, and other important things. The protests that happen in the twenty-first century go along with Thoreau’s words in his work. Just as Thoreau mentions, many protests and strikes need to create an act of civil disobedience to bring awareness to the matter at hand.

As written in the work, society cannot learn and fix their past mistakes without acts of civil resistance. Thoreau emphasizes how individuals must hold onto their personal beliefs and make a difference to advance their society. It is amazing to see how a series of essays from 200 years ago still accurately applies to our society today. This can also be a bit frightening as some negative aspects of governments around the world have not been changed. 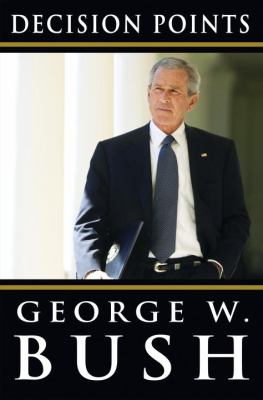 When finding out something new about a person, it is best to hear stories in their own words. In doing so, you can find out their own thought process for decisions they had to make and their reasoning behind what they did. I discovered this when reading Decision Points by President George W. Bush. This book dove deep into the thought process of the 43rd President of the United States and relayed his own account of the many crises that occurred during his two terms.

He organized the book into chapters relating to types of decisions he had to make versus writing the book chronologically. Some examples for chapter titles were Personnel and Campaigning decisions. It was a very good read and I suggest to everyone that they should check it out, regardless of your political tendencies or beliefs because regardless of party or platform every president has to make tough decisions to try to better the lives of American citizens so it is interesting to see President Bush’s own thoughts on the subject.

A few weeks ago I actually had the opportunity to go out to Dallas and participate in Camp 43 at the George W. Bush Presidential Library on the SMU campus.  Twenty-three students and I were given scenarios in which to make decisions under a time limit and understand the good and bad consequences of what we decided. The camp lasted three days and we heard from a variety of different speakers and participated in a variety of decision making scenarios. I had a great time and it was so fascinating to combine what I already know, what I read in Decision Points, and what I learned at camp to be able to make better decisions in my life and in my career later in life.

Decision Points by George W. Bush is available for checkout from the Mission Viejo Library. It can also be downloaded for free using Overdrive. 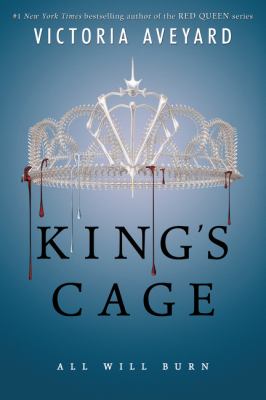 King’s Cage picks up where Glass Sword left off. Mare is now Maven’s prisoner, and will be for six long, torturous months. Although Maven wasn’t born a monster, and his mother is dead, he continues on his path while at the same time being completely aware of it–and in some ways, even choosing it. Although Elara is gone, Maven still makes his own barbaric decisions in order to keep his power. He alienates his court, and most of the Silvers at court can see that he’s unstable and his reign is weak.

During her imprisonment, Mare learns that Maven harbors feelings for her, but in a twisted way–he’s more or less obsessed with her, continually demonstrating how his mind is still affected by Elara’s manipulation.

The first part of the book was slow–it was basically just Mare’s imprisonment, but it makes the second half of the book make more sense, because it sets up the characters’ growth. We also learn more of Maven’s background and the reason for the Lakelander war (which I thought was kind of obvious, but it was interesting watching the characters’ reactions to the knowledge).

There were also two new points of view: Evangeline and Cam. Regarding Cam, I felt like she was put in to give a contrast to Mare in certain ways, but it was kind of obvious. Evangeline shows a surprising side of her that we haven’t seen before, as we were never able to read from her point of view. I thought it was interesting, and it gave some background into her house and why her parents make the decisions they do.

King’s Cage by Victoria Aveyard is available for checkout from the Mission Viejo Library. It can also be downloaded from Overdrive. 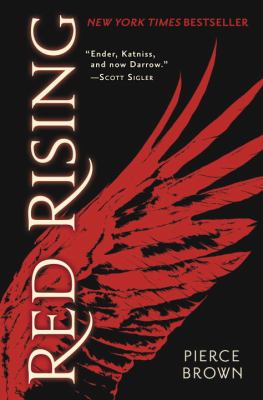 Dystopian science fiction is one of the most popular and appealing genres to readers of all ages, especially teens. Novels such as The Hunger Games and Divergent just don’t disappoint. And Pierce Brown’s Red Rising certainly doesn’t either.

Red Rising introduces a society much different from other dystopian settings, containing social classes ranked by color, with Gold at the top and Red at the bottom. When main character Darrow, a Red, witnesses his wife’s unjust hanging by the oppressing dictatorship of the Golds, he decides to act and avenge his loved one’s death. To overthrow such a massive power, he plans to take on the impossible task of becoming one of its own Gold leaders and overthrow the government from the inside.

What will Darrow have to do to succeed?

Red Rising is an astounding novel displaying how trust can quickly turn friends into enemies. The creativity and imagination incorporated by Pierce Brown makes it such a brilliant and fantastic work of science fiction. As the first book of a trilogy, the plot really captures my attention, and I cannot wait for what the next two books will bring to the series (Golden Son, Morning Star).

I would rate this book a 9 out of 10 and would recommend it to high school audiences and above. Its use of violence and romance makes it a more mature read than other science fiction novels.