Many people are let down when a great book has a sequel that cannot compare with the original. For that reason I always begin sequel reads with a kind of detachment and I analyze the plot before diving headlong into the book. I am pleased to say that Wildcard did not in any way fall under this category of sequels. The sequel to the amazing book Warcross has even more riveting action and adventure than its predecessor.

Emika Chen barely survived Warcross, but the times ahead promise even more danger. Caught within an epic war between virtual reality and the physical world, Emika and her friends must play the best game of their lives if either world is to survive. With danger at ever turn who can anyone trust?

Marie Lu packs suspense, betrayal, and romance into one spectacular book. A master of words she ensures that you will grab this book off the shelf as fast as possible. Do not forget to check out the first book in the series! (Warcross) But remember…everything has a price.

Wildcard by Marie Lu is available for checkout from the Mission Viejo Library. It can also be downloaded for free from Overdrive. 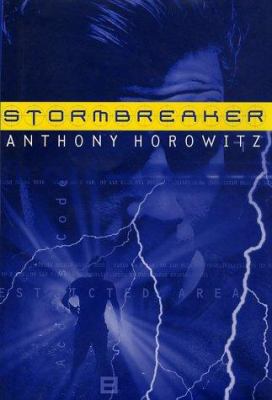 The first Alex Rider book is defiantly one to remember. Stormbreaker is about a boy named Alex Rider whose uncle was supposedly a banker. But when Alex discovers his uncle didn’t die from a car crash, and his uncle actually worked for a spy agency, his life gets flipped upside down!

The Alex Rider series is consists of 12 lengthy novels plus a prequel, so Alex Rider will keep you entertained for hours every day! These books will keep you on your toes through every page. Every once in a while, I had to flip the page to check what was going to happen because the suspense was killing me! Anthony Horowitz does an amazing job creating a protagonist that we can love and crazy adventures for our hero to do. If you thought that the bad guy in Stormbreaker was scary, you will be surprised how escalated the villain’s get. Alex Rider has all of the true qualities of a hero, bravery, courage, being smart, and of course, sarcasm. If you didn’t like Stormbreaker (I doubt you won’t like it) Anthony Horowitz has written many other book series, so make sure to check those out! 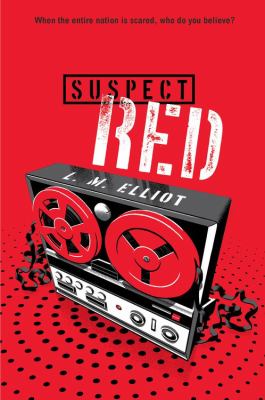 Suspect Red, by L.M. Elliot, was one of the most historically accurate books I’ve ever read. It takes place in the 1950’s, which was the time of the Cold War. This book has everything, from psychotic secret agents, to power-hungry communists. I used this book for an English report, and it gave me an abundance of powerful characters and vivid scenery to write about. Another factor that I really enjoyed was the length of the book. It wasn’t too long, nor too short. The book, in my opinion, is a great read for all ages.

The storyline follows the point of view of Richard, a teenage boy who loves reading. However, the nation is thrown into distrust, with communist propaganda around every corner. Hundreds of classic books are being thrown out, their authors accused of being pro-communist. His father, who Richard idolizes, happens to be working under the people responsible for this overexaggeration of fear, the FBI directors.

Overall, this is a great book for anyone looking for a good, well-rounded historical fiction read. If you’re interested in the Cold War, or just think the cover art looked cool, you’re in for a pleasant surprise. Thank you for reading my review on Suspect Red, by L.M. Elliot. Definitely take this book into consideration!

Suspect Red by L. M. Elliot is available for checkout from the Mission Viejo Library.

I’m normally not a huge fan of historical fiction. Although, I am okay with reading a few alternate histories, but not constantly. Caroline Tung Richmond is also the author of The Only Thing To Fear, about the present day world under Hitler’s control. Even though this book isn’t an alternate history, it is still about World War II.

The year is 1943, in France, and Lucie Blaise is a part of Covert Ops, a group of female spies. They are willing to do anything to take down Hitler. After her older brother dies in combat, Lucie wants to avenge his death and try in any way possible to defeat Hitler. She didn’t want a boring desk job, and wanted to be an actual spy. Even with her training, she is unprepared for the real world. She almost gets caught, but luckily the Nazis barely buy her cover. Also, she didn’t remember her training exactly when she had her job to do, and she almost was fired because of it. I can’t describe what her job was, because it be too much of a spoiler.

This is a really interesting book about female spies in World War II. I felt that the scenes with Dorner could have been written differently, like maybe Lucie could have been starting to fall in love with Dorner, and the book would have been longer as a result. But nothing happened between them, there was no love story for Lucie, and I feel the book would have been more interesting if something did happen. After reading this book, I wondered if some of the events mentioned were true, and reading the Author’s Note explained it. The Operation Zerfall is fiction, but I was shocked to read that the Wunderwaffe program existed.

So if you’re into World War II, spies, or historical fiction, this book is for you! If you like this book, I strongly recommend reading Richmond’s other book, The Only Thing To Fear. This book isn’t mean for younger audiences.

The Darkest Hour by Caroline Tung Richmond is available for checkout from the Mission Viejo Library. 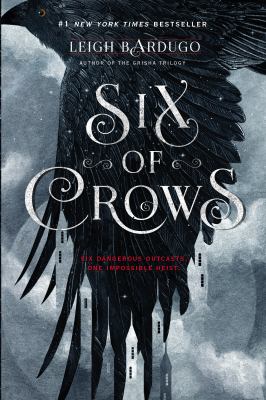 In the dark, murky alleyways of the merchant town of Ketterdam, a story begins to unfold with a crazy team and a perilous heist.  And, it all starts out in one of the biggest gangs, the Dregs.  Kaz Brekker, a cripple and the head of the Barrel, the hangout of the Dregs, is back at it again.  He receives an offer from Van Eck, a powerful merchant, describing a mission to kidnap a certain scientist.  And, not being able to resist the pile of money, he starts to pick out his team.

First, there is Inej, a young woman who has been traded in trafficking but whose freedom has been purchased.  Now, she serves as The Wraith, a great climber and spy.  And, though she is the right-hand (wo)man to Kaz, there may be other reasons she is joining the mission.  Inej’s character reminds me of the song, “Selecter” from James Bond.  The whole mood and rhythm of the song matches Inej’s outlook to each task she is given.  Next, Jesper, is a trick-shooter who cannot seem resist a game of poker.  His back story is slowly revealed as the heist unfurled.  Then, Matthais and Nena, a pair with an unknown story, have to work together once again, even as memories emerge from their past.  And, last, the newest member to join the gang, and the most cultured of them all, is Wylan.

If this novel was turned into a film, a leitmotif for it could be Henry Mancini’s “Peter Gunn” for its strong espionage-like quality of music.  Due to the heist, whenever situations get tense, this theme would pop into my head.

Six of Crows was a crazy whirlwind of a book including an unforgettable heist.  The novel was entirely riveting between the obstacles they overcame and how each character grew.  I enthusiastically  give a 9.8/10 to this Leigh Bardugo story.  The only point deduction was the confusing introduction, which only proved to be a small bit useful later in the journey.  Be sure to check out this novel as well as the recently published, Crooked Kingdom (second in the sequel), as well as the Grisha trilogy!

Six of Crows is available for checkout from the Mission Viejo Library. It can also be downloaded from Overdrive.