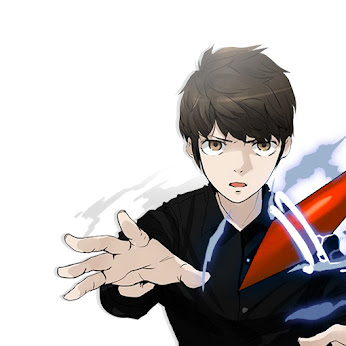 What is it that you so desire?

“Whether you are looking for: wealth, immortality, absolute power, magical abilities or mysteries, just head up. All the glory and happiness of the world are all up there. The Tower is such a place”

But The Tower is not chosen,  The Tower chooses who enters its walls. For whatever reason, to enter The Tower means hard journey to the top. There is one, the 25th Bam also called Bam, who enters the tower on his own volition.  Not because he was seeking material want, but he was chasing his friend, Rachel, who entered the tower so she could see the stars. Bam encounters the First Floor Guardian of The Tower, Headon, who introduces Bam to the world he has forced entrance to. The Headon is the first to weed out those who are worthy to advance up The Tower. Each level of The Tower is a test to find the best of the best, who are worthy enough to reach the end. Bam, determined to find Rachel, decides to enter The Tower to find her, but once he enters The Tower, Bam realizes not everything is what it seems. The Tower contains many deep and dark secret that he will soon come to find.

The Tower of God plays on the idea where the weak will not survive and the strong determine the rules. This webtoon delved deeply into the reasons people act the way they do. What causes someone to choose betrayal over friendship and what is the meaning of a relationship between people are just two of the social question the webtoon asks.

Forewarning, there are a lot of characters. The one thing that the author does well is no character, once they are deemed important, is left without proper character development. As the entire story deals with the motives of people, SIU does an fantastic job of explaining how the character’s have come to be. The artwork is not particularly fantastic but I found his play with color interesting as color as it is involved with character development. Keep in mind, the social structure and how The Tower is quite complicated, so it may take a bit to understand The Tower. The development of The Tower, though, is integral to the story. Overall, story is fantastic despite its complexity.

This can be a very violent webtoon, so I recommend it for older audiences. Of course, this is only my opinion so why don’t you read it for yourself and decide.

The Tower of God is licensed by Line Webtoon and is free to read online. 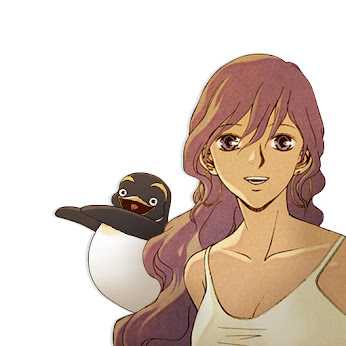 There is a story behind every song as each note relays an untold emotion or memory. Music can be understood universally as a language without words, but the storyteller is often overlooked.

Cornelia Bobo Warsha is a genius instrument repairwoman living in South Africa. Her studio, “Westwood Vibrato,” can restore the sound of any musical instrument. For every instrument she repairs, Cornelia has a special request. She asks to hear the story of the one who plays the instrument. She calls it a hobby, but in a way it is healing for the one telling it. The readers are taken along with Cornelia as she immerse herself into the story.

Westwood Vibrato is filled with stories both happy and sad. Stories of broken or lost people connected to memories by the sound of music. This series digs deep into bonds between people and it is other people who make the biggest impact on other people’s lives. Cordelia is especially strong character because despite of her permanent disability she always looks toward the brighter side life and how she can make other people’s lives better. It is written in arcs with short comical interludes that build the story. Each of the arcs focus on a specific type of relationship. There is a wide ranged covered but all are relationships that could happen in everyday life. It is a heartwarming series. I would recommend this to those looking for a story that digs deep into both good and bad emotions.

I cannot say this is true for you so discover it for yourself and tell me what you think.

Westwood Vibrato is licensed by Line Webtoon and is free to read online. Psychology. What is it?

Psychology is the study of behavior and mind, according to the dictionary.

To Dr. Frost, it is a study which will hopefully help him understand the what, where and why of feelings like love and sorrow. With snow white hair and a icy personality, it is no wonder he was given that name. At the same time, those traits were not of his doing. In his childhood, Dr. Frost sustained a frontal lobe injury, which resulted in him receiving genius intellect and the lost of the ability of empathy. Yoon Sung-ah is a college student working in her school counseling center as an assistant. Cheerful, outgoing and rather emotional, compared to Dr. Frost, she is the complete opposite of Dr. Frost. These two met as counselor and assistant and begin their story. Sung-ah strives to help Dr. Frost understand emotions again as they assist clients who come to them for help.

This is one of the more unusual stories I have read. Firstly, this webtoon does include real facts and methods used by psychologist. Of course, there are several things that are not really true for dramatic purposes. Please keep this in mind while reading. The webtoon has a fantastic blend of comedy and serious moments. There are extra chapters between the main story arc that feature the character in short comedic strips. Art wise, Dr. Frost is not fancy and does not have mixed between styles but the simple style helps when there is complicated explanations concerning the physiological part of the webtoon.

I would recommend this for an older audience as it does deal with the darkness of the human mind and what can happen to it. 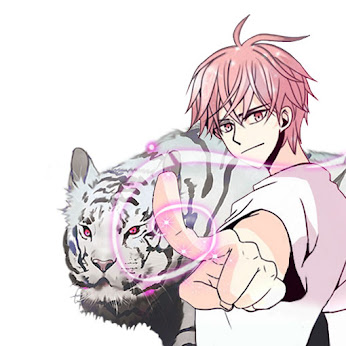 Magic is normal. Rather, being born under a god is the norm. Some gods are weaker, others are stronger. To be born under a weak god means a lesser chance in both education and society, but a strong god means high school and training which later equals a higher status. There is only one thing in common. All of them can grant a single wish as long as the correct price is paid.

Yun Lee-Rang is a child of the cat. Not particularly bad but not strong enough for high school. His childhood friends, Suh Yul-Bi and Hong Ryun, are a pigeon and dragon respectively. Ryun, as he is a dragon, attends high school. Lee-Rang works with Yul-Bi in a delivery restaurant. He is satisfied with his life and has a crush on Yul-Bi. One day, when he is out on a delivery, Lee-Rang is severely beaten by students from a nearby high school, leaving him blind and paralyzed. Filled with despair, he wishes to turn back time. His cat god asks if he is sure and the answer is “yes.” It is done, but what Lee-Rang finds is that not only has he changed his fate but lives of everyone else. In this new timeline, Yul-Bi dies. Suddenly, the principal of Ryun’s high school invites Lee-Rang to enter his high school. Lee-Rang accepts in the hopes that he will learn to turn time again. This new timeline opens doors that shouldn’t have been opened and Lee-Rang learns that what is seen is not always what it is.

This is one of the earliest webtoons I have read and I have found it refreshing. It has a new twist to a power concept I have seen several times. There is a rollercoaster, which this webtoon takes you. There are the crazy light hearted monuments to the darkest of the dark time. The character are well developed and the changes in Lee-Rung personality and maturity is certainly strong. The artwork is simply beautiful. As webtoons are primarily released as color strips online (hence the name) artist have the opportunity to mix art styles and colors. Honey B uses a more realistic styles for the gods compared the the characters creating a incredible contrast.

It has been completed and the ending my opinion is quite satisfying. Of course, I cannot say that for you so why don’t you read it for yourself. 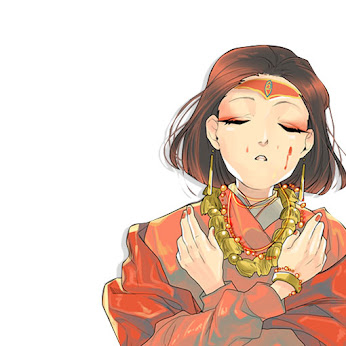 A short but heartwarming tale of a medical student who falls love with a fallen goddess in Nepal.

He meets Sita in a sidestreet alleyway where she sells herself to earn enough money to survive day to day. He quickly falls in love and marries Sita. He returns with her to his home, but she unfortunately dies within a year. Desperate, he asks the gods to save Sita. A goddess answers him and asks him what will he give in exchange. He agrees to anything and for an unknown price is give the chance to save Sita, but in a unexpected way.

This story is based of the tradition of Kumari in Nepal.

In a sense, it could be called the story of a real love. It is hard to say much without giving away the whole story. It is short, which is a plus as it length allowed for just enough development that it was complete and satisfying without loose ends. The characters are rounded and can make you laugh and cry. The artwork is simply fantastic. It pays homage to the beautiful art and colors of the Nepalese society. I am not a huge fan of pure romance stories, but this is one of the few which I would recommend. Of course this is only my opinion, try reading it for yourself and decide.