What if your family had no choice but to pack up all your belongings into a small car and travel a thousand miles on the road? And the destination is no place like home? What would you do?

Set in the “Dirty Thirties” during the Dust Bowl in Oklahoma, the Grapes of Wrath highlights the Joad family as they plan their new future in California, where workers are needed. In their eyes, California is their dream land and the rumored “Promised Land.” The family of thirteen people pack their necessities and are determined to take on the rigorous road to California.

Tom Joad, one of the main characters, leads his family through the obstacles on the road that include starvation and extreme heat. Each family member looks onto the road while facing internal and external challenges. The novel essentially teaches the importance of holding onto dignity and hope during hardships. The Joad family not only maintain hope for a better future, but they also unite together as a family.

Steinbeck additionally embraces the ideal American dream that, in reality, starts within the individuals with hope and determination. His use of symbols and literary devices portray the motif of endurance.

Overall, Steinbeck’s novel makes the reader go on his or her own journey while reading about the up’s and down’s of the Joads. At the end of the long path, the reader realizes that the obstacles they had to face teach them more about their ultimate destination.

The Grapes of Wrath by John Steinbeck is available for checkout from the Mission Viejo Library. It can also be downloaded for free from Overdrive.

This novel, published in 1960 by Harper Lee, deserves every ounce of fame it has thus far received. Although the subjects that are addressed by the novel are shrouded by controversy, it addressed issues that needed to be addressed, such as racism and the crimes that can be committed under its name.

The novel is told from the perspective of six-year-old Caucasian Jean Louise “Scout” Finch. Her father, Atticus Finch, is the most reliable lawyer in her town, Maycomb. He takes on a case defending a black man who is wrongfully accused of raping a white woman, and this sends the entire population of their town into a frenzy. Scout and her brother, Jem, experience the metaphorical splitting of the town as everyone takes a side. They are attacked and harassed for the actions of their father.

The plot deepens and thickens, unfolding with an uncanny message: racism is a real issue, and it remains as such, even though To Kill A Mockingbird was first published in 1960. In fact, Scout and Jem are attacked at night and nearly killed in retaliation of their father’s case. The town is violently over-involved in Atticus Finch’s case, and most of its citizens actually attend the trial for sport and entertainment. People are quick to take sides and are adamant and passionate about whichever one they end up on.

To Kill A Mockingbird is also semi-autobiographical- Scout’s childhood is based loosely off of Harper Lee’s. However, Lee quickly became reclusive due to her book’s fame and all the attention it received. The novel was groundbreaking, but Harper Lee hardly did any interviews, book signings, or any public event of the sort. In fact, Harper Lee was barely involved in the making of the movie adaption of the novel, which became a box-office hit (it made over three times its budget!).

Overall, To Kill A Mockingbird is a magnificent literary tapestry, with intricately woven characters and artfully spun plots and subplots. It addresses issues that were relevant in its time and, some may argue, even more, relevant today. It is a novel that has affected people’s lives, in ways that are clear but also subconscious, and has educated many on the subject of racism amid the early 1930s.

To Kill A Mockingbird by Harper Lee is available for checkout from the Mission Viejo Library. It can also be downloaded for free from Overdrive. 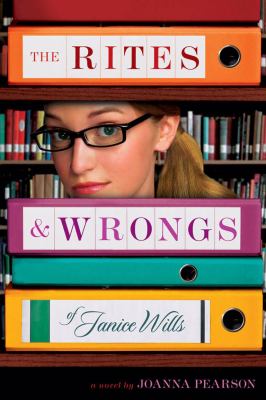 Have you ever watched Mean Girls? Or read anything pertaining to the stereotypical cliques found in modern high schools?

Well, that is exactly what Janice Wills, an amateur anthropologist describes in this thought-provoking novel. Janice is a self-taught anthropologist, who is conducting research on the students and people in the Southern town of Melva, North Carolina. She became an anthropologist to distance herself from others, but this has led her to become a person she doesn’t want to be, someone who makes fun of the flaws of other people. But through the events leading up to the Melva Miss Livermush Pageant, the rite of passage for all girls in the town, Janice experiences a welcome change in attitude.

This change was my favorite part of the novel. Often, it is hard to see how we appear to other people. In Janice’s mind, everything she said was from the point of view of “anthropology research.” But as her friends point out, her words are hostile. These comments give Janice an opportunity to reflect on who she is and who she wants to be, ultimately causing her to change. I loved the description of how she viewed other people after she changed, because it made me feel optimistic about the world.

Though this novel was a very simple read, it did make me think. A lot of points that Janice makes are very accurate. For instance, the way that people from different levels in the hierarchy treat each other not only connects to other literature on the topic, but also to some of my own experiences. If you’re looking for a short book to read, I definitely recommend checking this out. Though the pages fly by, the themes remain relevant long after the book ends.

The Rites and Wrongs of Janice Wills is available to checkout from the Mission Viejo Public Library.

In a world where most people are loners comes a tale of two marvelous friends and the obstacles that cross their paths. It’s 1930’s California in the Salinas Valley. Most men who come through are looking for one thing: work. All of them travel from farm to farm, working alone.
This is not true for George Milton and Lennie Small. After being kicked out of Weed because of something Lennie did, they travel together on to the next farm with hopes and dreams of money to buy land: a few acre land with a small house and freedom from the bosses and a little patch for Lennie’s rabbits (he’s really obsessed with rabbits). There on the next farm they met people with hopes and dreams, and learn the basis for reality: dreams will get crushed.
This story is far by one of my favorites. Although (spoiler) the ending is quite sad, there are times when I laughed hard. By the way, the mice part is a metaphor: there is only one mouse, and it’s dead. The title comes from the poem “To a Mouse, On Turning up her Nest with a Plough”: “The best laid schemes o’ Mice an’ Men” go astray, saying that we have hopes and dreams, but something shatters them (which describes the book very well).
Steinbeck worked on a farm once, so he knows, and describes very well, the life on a farm in 1930 or so. At times, it’s also a little hard to read because of the Californian accent. However, some good advice is to say it out loud. For example, “purty” is actually “pretty”. Even so, I encourage you to read this book! After I read it, I gave it a two thumbs up. Interestingly, the characters talk about a “cat house” a lot. It’s meaning is actually something different in modern times.
-Megan V., 9th grade

Who’s heard of Of Mice and Men? I don’t mean the band; I’m talking about the famous John Steinbeck book set in the life of the farmers who worked in California in the 1930s.
If you do of who I’m talking about, and also like Of Mice and Men, then you’re in luck. John Steinbeck wrote multiple books about people living in California including one of my personal favorites, Cannery Row.
This book is about the life of the people who lived along the streets of Cannery Row in Monterrey: drunks, a famous doctor, the Chinese man who owns a successful grocery store, even the gopher looking for a mate.
Most of the book talks about how each person goes about their life, but the main story is about a humorous group of men who travel from job to job, their plans to throw the famous doctor a party, and what goes wrong.
Along with a simple, no evil guys, slice of life story, there is comedy and a real life example of how people lived in the 1940s after the war. There are also themes of loners, but there is the lesson that someone is always there to support you.
It’s a little hard to read, but I found this book amazing and encourage you to read it.
-Megan V., 9th grade
Cannery Row is available for check out from the Mission Viejo Public Library.