I recently read this book for my English class, and it was surprisingly good to read. Normally reading books for English feels like a chore, but for this book, it was entertaining to read.

The book is about young boys from England who crash land onto a deserted island. It is never specified where they crash land but we predicted it was somewhere in the Pacific. The main boys in the book are Ralph, Piggy, Jack, Simon, and Roger. The boys have to learn how to survive in this harsh society they have made.

They first start off by appointing a leader and making up rules that are essential to follow. Throughout the book, however, we can see a natural progression of rules being broken and people fighting for power, doing whatever it takes to achieve that–even killing. The book Lord of the Flies is mainly about the innate evil in the boys and if they are affected by the environment around them, or if they naturally had the evil inside of them.

During the book, there are sometimes where we are going to have to say goodbye to some characters (no spoilers), but overall it is an amazing book. It is probably the best book I’ve read in English ever!

Lord of the Flies by William Golding is available for checkout from the Mission Viejo Library. It is also available for download from Overdrive. 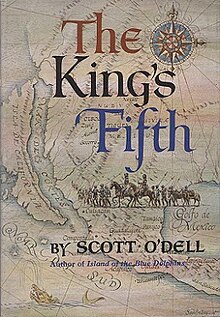