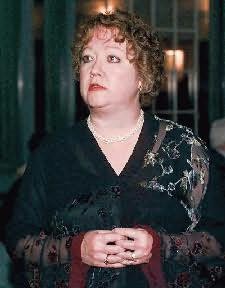 S.E. Hinton is an American author we are often introduced to in school. Her classic novel The Outsiders remains one of the most popular books in youth literature to this day. The Outsiders tells the stories of the lower class (Greasers) and the upper class (Socs) from the perspective of narrator Ponyboy Curtis. The novel explores hostile interaction between social classes and is often seen as Hinton’s greatest work due to its stark realism and relatability.

Rumble Fish is another one of Hinton’s greatest works. Rumble Fish follows the life of teenager Rusty James who struggles to live a life in his brother’s shadow. His brother, the Motorcycle Boy, had taken a trip to California and left behind a notorious, criminal reputation that Rusty James tries his best to embody. Unbeknownst to Rusty James, Motorcycle Boy never truly made it to California and was battling his own mental strife. In the end, Motorcycle Boy’s life is ended by his final, fatal encounter with the police as he tries to steal “rumble fish” from a local pet store. Possessed by grief, Rusty James decides to make his own trip to California and reaches the ocean in honor of his lost brother. Through this intense story, Rumble Fish teaches readers that the world becomes less dark if we know where to find the light.

One of Hinton’s lesser known works is That Was Then, This is Now. That Was Then, This is Now contains many of the same elements as The Outsiders and Rumble Fish, but takes place a few years later. Now, social classes are less defined, and violence between Greasers and Socs is less frequent. The current omnipotent issue is no longer gang fights; it’s drug abuse. Main characters Mark and Bryon are close friends, and consider themselves brothers. When Bryon’s mother is hospitalized and needs surgery, the two scramble to find sources of necessary income. Bryon finds a job at a supermarket, while Mark supplies money without an obvious source. During this time of financial stress, their friend M&M goes missing until Bryon finds him under the influence of narcotics. M&M is hospitalized, and Bryon finds out that Mark has been selling drugs in order to help pay for his mother’s surgery. Bryon must choose justice for M&M or Mark’s life. In the end, their brotherly bond is severed when Bryon reports Mark and Mark is sent to prison. This story shows readers that the world is not divided into black and white, or good and evil. The most difficult decisions are often made in the area of divergence between the two extremes.

S.E. Hinton’s is one of the greatest authors of the 1900’s, and her books have remained popular, years after publication. Her didactic novels continue to teach modern youth crucial life lessons that will never die with age.

The works of S. E. Hinton are available for checkout from the Mission Viejo Library.