Picture this: the year is 1984. You live in a society ruled by Big Brother, a fearsome mascot whose ominous face fills enormous posters everywhere you look. There is constant surveillance in every part of your life, no matter what you are doing or where you go. Government propaganda is forced upon you multiple times a day. One wrong action, however small, could get you tortured and killed. Clothing and food are strictly rationed among other things. You must use the words of Newspeak, the language that cuts out “unnecessary” words in the English language, and regularly practice mental ideas like crimestop and doublethink to stay in line. You are a member of the Party in the book 1984, and you lead a life similar to Winston Smith, the main character of this story.

However, Winston doesn’t believe in the Party’s values and beliefs. He has been against them for seven years, but can’t do anything about it as trying to act on these thoughts would lead to certain death. As the book progresses, Winston does figure out a way to go against the Party and Big Brother, but I suggest checking out the book to read all about that!

There are parallels to today’s society within 1984, like invasive surveillance and other issues that are becoming increasingly prevalent. Reading 1984 gave me some interesting insight as to what 2019 could become if we let technology and surveillance become much more controlling and let them be abused. 1984 is a fascinating read about a dystopian world that isn’t as different from 2019 as one might think.

George Orwell’s 1984 is a dystopian novel read by countless high school students each academic year. It tells the story of a futuristic society(Oceania) under the rule of an elite group called the Party and the symbolic, mythical figurehead Big Brother from the perspective of an Outer Party member named Winston Smith. In this society, the population is divided into three main classes: the Inner Party (upper-class minority), the Outer Party (middle-class minority), and the Proles (lower class majority). Through the use of fear and mind control, Big Brother ensures that all citizens worship him, his administration, and his existence.

Excessive surveillance through telescreens and the Thought Police discourage rebellion and opposition. Individuality and basic human emotion and instinct are extinguished, and the citizens of Oceania have lost the ability to love and form familial loyalties. Techniques such as doublethink and crimestop are ingrained into the minds of citizens that prevent thoughtcrime, or having thoughts against Big Brother and the Party. Throughout the story, Winston battles with thoughtcrime in his brainwashed state, and struggles to become “conscious.” He falls in love with a fellow rebel, Julia, and tries to join the mythical anti-Party group known as the Brotherhood. However, this bliss soon comes to an end when Winston is caught by the Thought Police. He experiences both physical and psychological torture that transforms him into a devout follower and worshipper of Big Brother and the Party once again, and he sinks back into a brainwashed state as he waits for inevitable execution.

Orwell published this book in 1949 as both a prediction and a warning of what the year 1984 would have in store for human society. Although Orwell did not live long enough to see this fated year, his predictions create a shocking parallel with 2019. This book was not written as a simple story, but rather as an exemplar of our future and a passionate remonstrance against the direction it is taking. A message written to implore future generations to avoid bringing the world written in these pages to life. 1984 should be read by all voting Americans in 2019. We must understand that our actions have a power that can be used for better or for worse. Will 2019 become 1984? Only time will tell.

1984 by George Orwell is available for checkout from the Mission Viejo Library. It can also be downloaded for free from Overdrive. 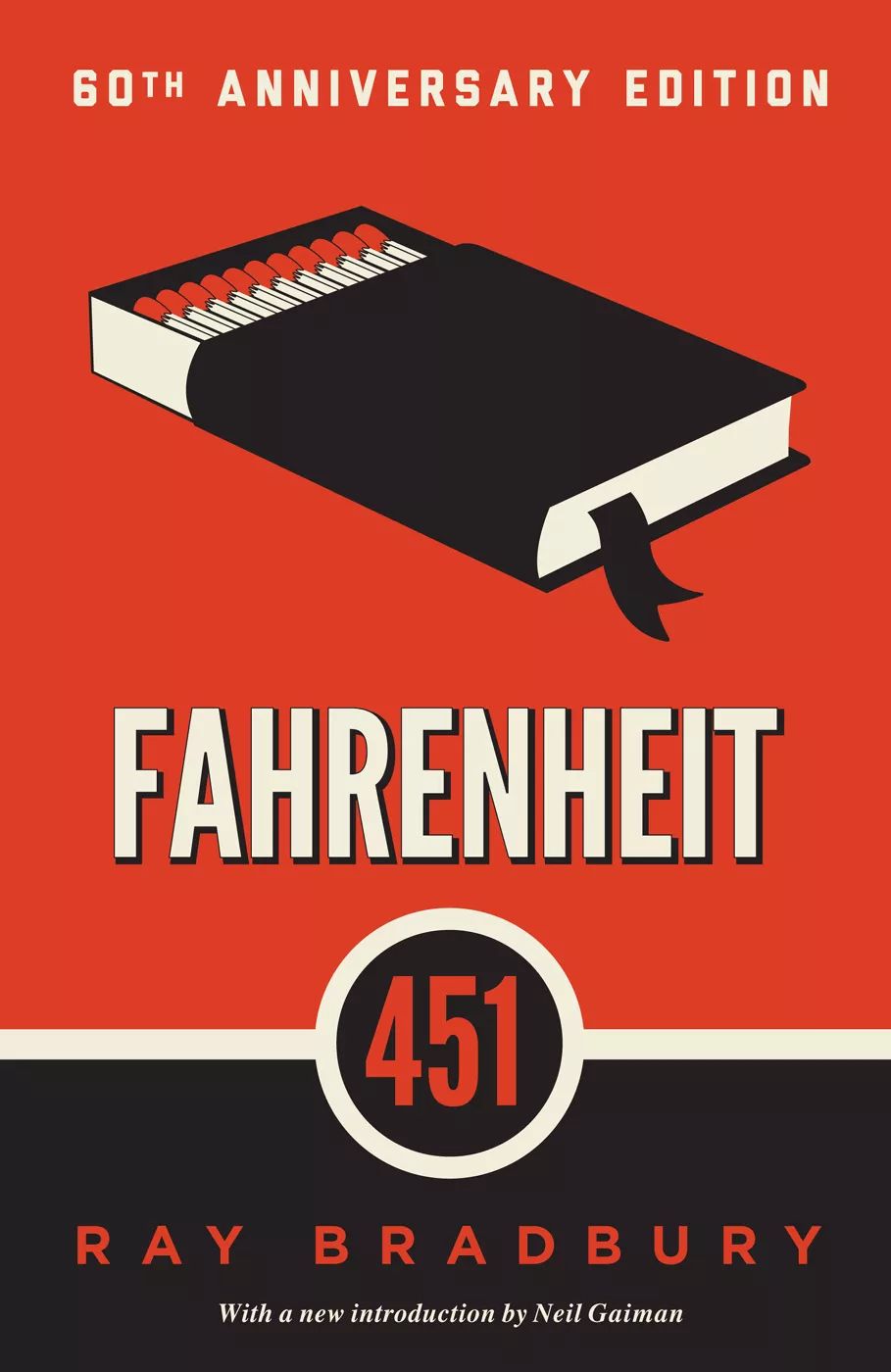 Truth proved that TV and smartphones are very addictive these days, which the reason why a lot of teenagers are sent to rehab centers, not for drugs or something else, but merely because they cannot stop playing games or going on their phones and computers. But who can say that this is a less horrible addiction than drugs? Not only the kids are like this, but the parents are no different. Some parents often hand their children the iPad to merely keep them quiet, or instead of wasting their time and playing with them, they’d rather the children play with their gadgets. Therefore, Mildred actually exists everywhere, and in my opinion, she is only a symbolism for this phenomena.

Lastly, this novel serves as an admonition to people in our current society. We have no more feelings and are numbed by the excitement and easy amusement offered by the TV. But once the connection is severed from those that we love and those around us, it is very unlikely to pick it up when the only thing we care about in this world is the happiness of ourselves the how many electronic devices we should have to accomplish that.

Animal Farm takes place on a mismanaged farm in England. The animals, upset with their treatment, prepare a rebellion to take over the farm. Once the farm is taken over, the animals attempt to validate their rights by painting seven commandments on the wall; these commandments are known as “animalism,” and they set the basic laws for the farm animals. These laws are: whatever goes upon two legs is an enemy. no animal shall wear clothes, no animal shall sleep in a bed, no animal shall drink alcohol, no animal shall kill any other animal, all animals are equal, and whatever goes upon four legs, or has wings, is a friend. In addition, the farm, known as the Manor Farm, is renamed into Animal Farm.

Day after day, the pigs become more human than animal, and they begin to slowly change the seven commandments, in order to manipulate and dominate over the other animals. For instance, the law “no animal shall drink alcohol” is changed into “no animal shall drink alcohol to excess,” and as time goes on, the pigs even begin to purge the farm of opposition to their reign.

Animal Farm reflects history since it shows even a government with the noblest intentions can be corrupted. Snowball represents the idea of capitalism, while Napoleon represents communism. Napoleon controls the farm through the belief that the animals are their own rulers, and that they are better off ruling themselves than they were under the reign of humans. The reality is that Napoleon is simply deceiving the animals with words and numbers, as the pigs slowly force the other animals into submission until the animals cannot differentiate pig from human.

Animal Farm is available for checkout from the Mission Viejo Library. It can also be downloaded for free from Overdrive.

The book is in correlation with the Russian Revolution. Each main character of the book represents real people or a group of people during that time. For example, a pig named Napoleon represents Joseph Stalin and is the main “villain” in the book, and so on.

The book is really interesting to read especially if you have an interest in the Russian Revolution but want an easier way to understand the story. It takes what let up to the Revolution and the Revolution itself and used simpler characters and situations to make the even make more sense.

I had a fun time reading this book because, in order to help us understand the book better, our teacher had different tables in the class represent different animals on the farm so what animal you were depended on where your normal assigned seat was. Every day we had English, there would be a “happening on the farm”. That meant like, if there was an animal who died in the book, that table would be “dead” too.

This really motivated me to read the book in order to see if there would be anything interesting that could happen in the classroom/farm.

Once again, if you are interested in the book Animal Farm, I strongly recommend reading it. 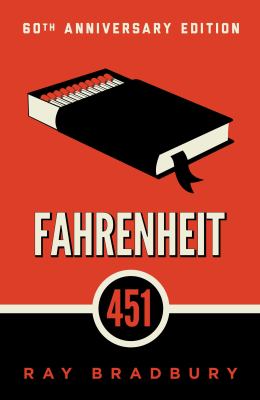 This novel written by Ray Bradbury is about a dystopian society set in the future. There’s no exact date that was stated, but it can be inferred that it’s definitely in the future. This book is about a society where books are banned. Instead of men fighting fires (firefighters), they start fires instead (firemen). Their job is to burn any books that are found, and if there’s a lot of books, they burn the whole house or building.

The main protagonist, Guy Montag, is a fireman. His wife Mildred constantly has these devices in her ears like earbuds and always watches TV. He meets this girl Clarisse on the way home from work one night. She was described as “crazy” because of the way she thought.  Her thoughts were more free-spirited compared to the rest of the neighborhood. After this encounter, Montag begins to question his ideals and his definition of happiness.

Throughout the rest of the book, we see Montag go through changes with himself. We see him challenge the idea of burning books, and ends up trying to “save” the books. His chief/boss Beatty finds out and tells Montag to burn his house. Montag obeys and burns his house down, and runs away. Along the way, he meets these book lovers who essentially teach him about knowledge that was lost.

This story teaches about censorship and the idea of burning books which end up destroying knowledge. It is an interesting book, and I do recommend it.