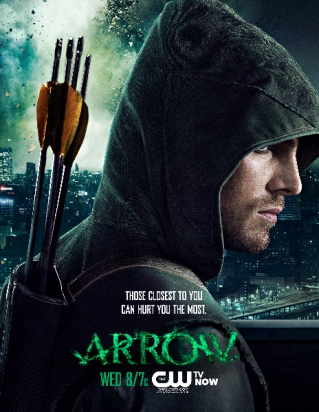 Arrow is a great show. It is about Oliver Queen. A man who was marooned on a island with one goal: to survive. When he was found and brought back to Starling City he became a crime fighting vigilantly known as the Arrow.

I decided to re-watch seasons 1, 2, and 3. Why those seasons you may ask? Because they are the most enjoyable.

I just thought that there was too many sentimental moments in the new series of Arrow then the old seasons. In seasons 1 Oliver wouldn’t talk about his love interests. He would keep it to himself and tell no one because he has better things to do.

Another thing is that they don’t have villains that don’t have to do just with the main bad guy. For example: In season 2 they had a villain that made human dolls. In season four they just fought assassins for the first half of the season.

There is also a rule about no killing that was enforced in season 2 but he would let it slide now and then. In season one however it was all he did which made it seem like more of his character. But up to season 4 and beyond he would stop the killing with a new arrow Felicity invented that wouldn’t kill Oliver’s target.

One thing that this show answers on all DC fanboys mind is what Oliver Queen did on that island for five years. When the show was first introduced we saw Oliver who started out as a pretty boy rich kid and became a survivor and most importantly a killer.

We see his experience in and out of the island that made him the arrow. We saw this through seasons 1 through 6. The sad thing is that they will not continue the flashbacks for the next season.

That right there makes me so mad that i want to smash my TV. There is just so many things that they can do in replace of Oliver Queens flashbacks. Those are my thoughts on the new seasons of arrow. 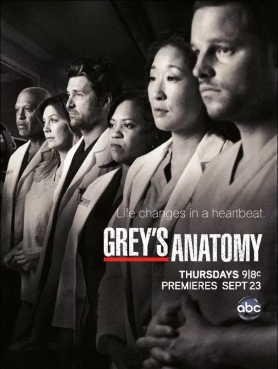 Having the power to cure someone of a disease or illness has always been something of interest to me. Whether it’s listening to their problems or putting a Band-Aid on a cut, the role doctors and nurses play drew me to the TV series, Grey’s Anatomy. The series stars Ellen Pompeo as Meredith Grey and Patrick Dempsey as Dereck Sheperd along with many other important cast members. They begin the show as interns at Seattle Grace Hospital and compete to be the best surgeon. They start off watching, assisting, and observing all different medical tasks such as procedure, paper work, and surgeries completed by the best surgeons in the country.

Relationships that begin as rivalries turn into every lasting friendships, with some growing more than just friendly, such as Meredith and Dereck who met for an anonymous one night stand only to discover that they work at the same hospital where Dereck already has his foot in the door as the hospital’s top neurosurgeon. An awkward and puzzled Meredith does her best to ignore the last night events and act professional in her environment, trying her best not to slip up her first day as an intern. Not to forget Meredith has been surrounded by hospitals, surgeries, and medical talk due to the fact her mother was a doctor before her with the reputation as one of the best. Being surrounded her whole life Meredith has a pretty good idea how to win the game. I mean she already has the last name of a winner.

Grey’s Anatomy is full of love, lust, romance, gore, curiosity, and learning. A tad extreme it gives you a good idea what surgeons deal with on a day to day basis. The television series was well put together and keeps the viewers wanting more.